Like many major cities around the world, Auckland has become notorious for its lengthy commutes. 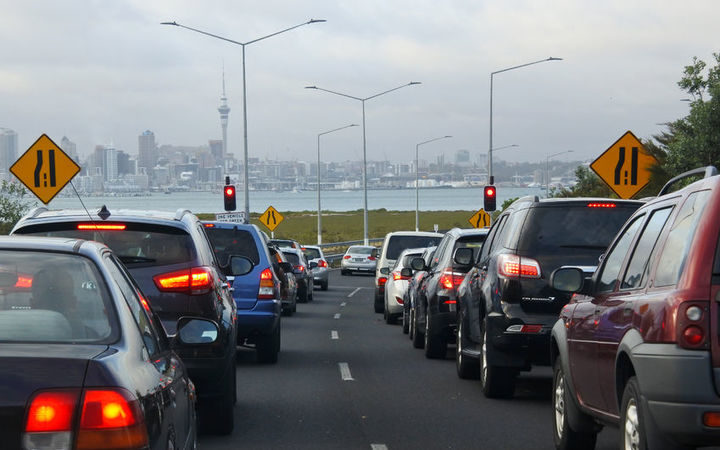 The question of how to deal with congestion is one that's been asked many times before.

One organisation which has given its support to the idea of making drivers pay for the privilege is the New Zealand Institute of Economic Research, also known as NZIER.

It believes the government should introduce a congestion charge.

The charge is a sort of toll that motorists have to pay for using busy roads at peak times, such as during rush hour before or after work on week days.

The institute says congestion has got so bad that the only way of alleviating it is to incentivise drivers to stop using their cars and take up public transport or cycling instead.

It would help solve funding problems too.

At the moment, road building and maintenance is paid for by fuel taxes, but the Institute's principal economist Chris Nixon says that's not sustainable. The government can't keep relying on it as more people switch to electric vehicles.

Meanwhile the government's well aware of the potential benefits of congestion charges and is already looking at it together with Auckland Council, the transport agencies and Treasury.

They're exploring the success of schemes in London, Stockholm and Singapore, to see whether they'd would work just as well in Auckland.

The London charge amounts to paying a daily cost of more than eleven pounds a day (around $22) for the ability to drive in a congestion zone - basically the central city - between 7am and 6pm on weekdays.

Stockholm charges a levy for any vehicle entering or leaving the central city. It was trialled in 2006 and approved the next year. The charge varies depending on the time of day. At its peak - morning and evening rush hours - it can be 35 Swedish Krona or $NZ6.

NZIER's Chris Nixon says for it to work, the public would have to feel like they're getting a good deal.

That could be done by lowering the cost of other taxes used for road maintenance and building, and making public transport more frequent and convenient.

Ultimately, the benefits need to outweigh the costs, otherwise people just won't use the roads at all.