Motorists are now able to offset their carbon emissions when they fuel up at Z Energy stations. 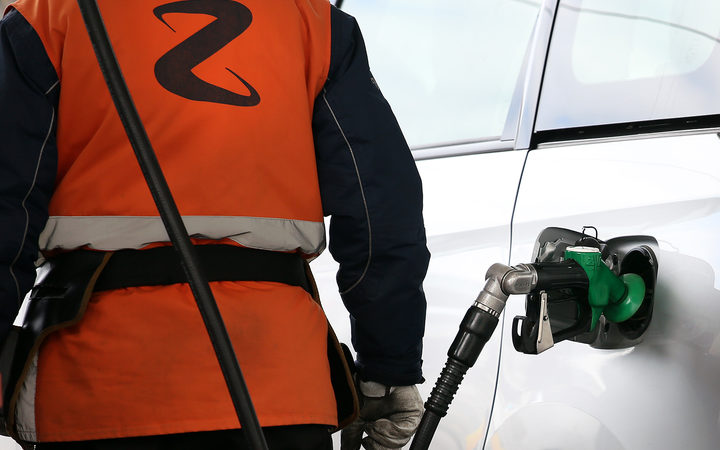 A new feature in the Z app called Carbon Count will show drivers the carbon impact of each fill, then give them the option to offset that.

There will be a per-fill option or a bulk option. Z said it would cost about $4.30 to fully offset a 50 litre tank.

It will not just apply to Z customers. As long as a driver has the Z app, they will be able to manually enter their fuel top-up regardless of retailer and pay to offset it.

Z's head of sustainability and community, Gerri Ward, said offsetting would be completed via Permanent Forests.

"Permanent Forests act as critical 'carbon sinks' that sequester, or 'suck up', carbon. By enabling motorists to protect them using Carbon Count, we can reduce the impact of the country's transport emissions and promote biodiversity. It also demonstrates that we all have an impact and we can all take action," Ward said.

Z said Permanent Forest "requires that land is 'locked up' for a minimum of 50 years and derives its income exclusively from carbon offsets. Once units are bought, they are

taken out of circulation, meaning that they cannot be used for compliance".

But she noted that offsetting was not a substitute for reduction of carbon emissions.

"We need to transition away from fossil fuels to combat climate change. Z encourages all motorists to reduce their fuel use wherever they can, and to use Carbon Count to offset the fuel emissions that they can't avoid."

Z's chief executive Mike Bennetts said the company's existing voluntary offset programme for its own operational emissions had so far "resulted in the protection of 4000 hectares of permanent forest with 93,000 tonnes of carbon capture capability".

Carbon Count's carbon credits will be managed by Permanent Forests New Zealand and any money made from the scheme will be going to them.

Greenpeace's climate and energy campaigner Amanda Larsson said while the offsets were a good thing, the scheme lacked vision considering Z Energy was one of the country's biggest polluters.

"If they were truly leading the way at the scale needed, they would be transitioning to a fossil-free business. That could mean supplying alternative fuels and electric vehicle charging. It could mean providing innovative and completely new mobility solutions.

"New Zealanders want to see businesses stepping up, taking responsibility for the climate emergency, and leading the way with new ideas. Z has been flirting with a few different climate projects, but not at the pace and scale that's needed.

"I think most people expect big businesses like Z to really be paving the way towards a zero carbon economy with some serious vision and sizable investments in innovation."