Latest - Forestry company Claymark has been placed in receivership and will likely be sold on, just months after it was set to be acquired. 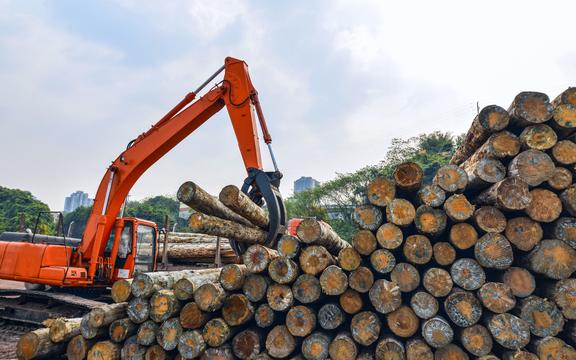 The producer of pine wood products has more than 500 staff and six manufacturing sites across Auckland, Thames and the Bay of Plenty.

Receivers from the firm KordaMentha have been appointed to ring-fence the company, and all of its subsidiaries, assets and operations.

Claymark entered into a sale agreement in August, to be bought by the company NZ Future Forest Products, which is directed by a New Zealand First party associate.

RNZ has reported that Future Forest was denied government funding from the Provincial Growth Fund and the One Billion Trees programme this year.

The managing director of Claymark says the planned sale of the company to Future Forest never settled, and it will likely be sold to it or another buyer.

The company will continue to trade as normal and its United States business is not affected.

There's been a five-fold increase in the amount of capital raised by investors to fund companies listed on the stock exchange so far this year.

The value of all capital raisings in the year to November has increased 97 percent on last year, with nearly $17 billion raised.

The total market capitalisation of the NZX is up 20.5 percent to $199b, with strong growth in the number of green bonds issued - up by a third.

Half of New Zealanders believe discrimination exists in the workplace

The TradeMe survey of 1700 workers has found age discrimination to be the most common type of prejudice, cited by nearly one in four respondents. That's followed by gender, and ethnicity.

More than 70 percent say age affects their chance of getting a job, with nearly nine out of 10 over 55 years old believing it has a moderate to major effect.

The survey finds managers are the most likely to discriminate at 73 percent, followed by a colleague at 19 percent.

TradeMe had similar results last year, but there has been an increase in the number of people reporting discrimination, with women more likely than men to speak up.

A holistic health and wellness company has successfully reached its maximum capital raise of $2 million.

The funds raised through the online investment platform, Snowball Effect, will be used to develop new products and services across its brands.