Latest - A gain in the value of Investore's retail property portfolio has helped it turn a first half profit, despite flat rental income. 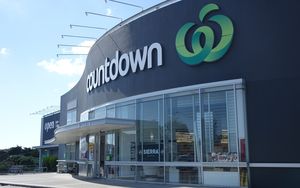 The big box retail and supermarket property owner's net profit rose 10 percent to $11.0 million in the six months to September.

The increase was largely due to a net $1.8m gain in the value of its investment properties, which was partially offset by performance fees of $1m paid to the company's manager Stride Investment Management.

The value of the property portfolio value was $750.6m, reflecting the sale of of the Countdown Dunedin South property and the purchase of Countdown New Brighton.

The company said rental income of $24.1m benefited from increased rents, which offset the lost of rental income from the sale of Countdown Dunedin South.

The marginal drop for the month of October was 0.3 percent.

Prices for avocados, tomatoes, lettuce and cucumber fell 20 percent in the month.

However food prices are still up 2.5 percent for the year overall, mostly due to increases in restaurant and supermarket pricing.

Susan Massasso will leave the specialty dairy company in February and stay on the executive leadership team until June next year.

A search for her replacement is already underway.

Investors in a2 have caused angst over the company's increased marketing spend in international markets.

The RBNZ has held its benchmark interest rate at a record low, but signalled it's ready to cut again to support the economy, sending the currency surging.

The official cash rate (OCR) was kept steady at 1.0 percent, as the monetary policy committee, which now sets the cash rate, decided that there was no major change in the outlook since the surprise 0.5 percent cut in August.

The OCR has been cut from 1.75 percent to its current level this year after being on hold for more than two years.