Falling interest rates have caused the Accident Compensation Corporation to post an $8.7 billion deficit for the past year. 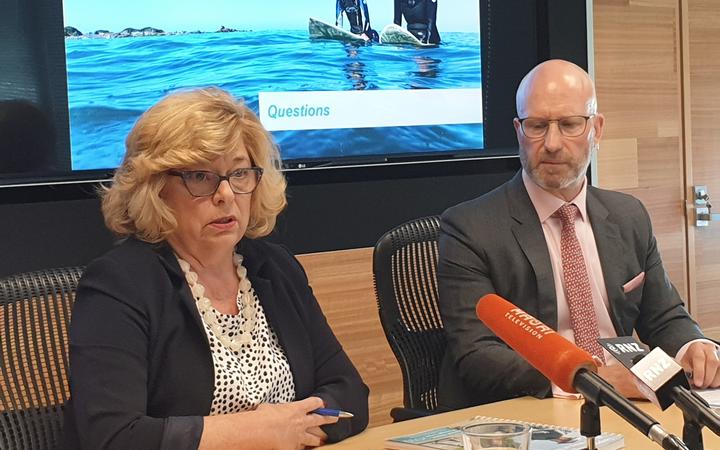 The future cost of covering existing claims rose by nearly $11b as a result, which was only partly offset by a $5.1b gain in investment earnings.

ACC chair Dame Paula Rebstock said the record deficit was an accounting measure, and in its day to day dealings the corporation had a cash surplus of $570 million.

She said the deficit would not affect ACC's ability to pay claims and it's too early to say what effect it might have on levies, which would be set by the middle of next year.

"There's no need, absolutely no need, to adjust levies in the meanwhile, the scheme is absolutely in a sound financial position and we have the ability to meet claims now and well into the future."

However, Dame Paula said in the medium term levies would have to rise to cover increasing costs such as medical treatments and rehabilitation.

ACC had a record 2 million claims in the past year, which adds to the financial demands on its funds.

The value of its outstanding claims liability (OCL) rose by $10.8b because of the fall in interest rates to $53b. ACC operates on the basis of having to cover the lifetime cost of all claims already made, and extends that out 100 years to 2119.

It gave an example of estimating it would need $100 in a year to cover a claim, but if interest rates were 10 percent it would only need to hold $90 now.

However, if interest rates fell to 1 percent it would need to hold $99 now.

Because much of its reserves are invested in secure government bonds and other debt, the lower rates fall the more money it needs to hold now to cover future costs.

ACC is one of the biggest corporate investors with large billions invested in local and international companies, as well as in KiwiBank.

The investment activities had a return of nearly 13 percent, adding $5.1b to its funds.

The last time ACC had a significant deficit was after the global financial crisis of a decade ago, when it was down $4.9b.

Dame Paula said any future rise in interest rates would help redress the imbalance, and it was also looking to keep a check on its costs, and take more measures to help prevent injuries and claims.