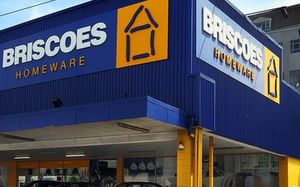 Latest - A highly competitive retail landscape and rising cost pressures have seen Briscoe Group's profit remain relatively flat for the first half of the year.

The company's net profit to the end of July dipped 3.6 percent to $28.7 million, but the fall comes as a result of changes to accounting standards.

Its underlying profit was steady at just over $29 million.

Briscoe Group managing director Rod Duke says he's pleased with the result, given how competitive the market is, and the effect that a late start to winter has had on seasonal sales.

He said trading gradually improved over the six-month period and there's already strong increases in homewares and sporting goods sales since then.

Two companies are spending $15,000 on a satellite, and a system to go along with it, to allow Chatham Islands' residents to watch Rugby World Cup matches.

The investment, by broadband company Wireless Nation and the telco Optus, means Chatham Islanders won't miss out on the matches, which will be streamed by Spark.

The games will be shown at the local hall for free.

The Bank of International Settlements three-yearly survey shows about $US136 billion ($NZ214 bn) worth of New Zealand dollars are traded every day around the world.

Trading in kiwi accounted for about 2 percent of all global transactions, but only a fraction of the deals take place in New Zealand.

The US dollar is the number one traded currency, being involved in 88 percent of trades, followed by the euro, the Japanese yen, sterling and the Australian dollar.

Read more on this story here

The head of the Marsden Point oil refinery operator Mike Fuge is leaving Refining New Zealand after barely a year in the job to become the chief executive of Contact Energy.

Mr Fuge took over at Refining NZ last year after the pipeline break and disruption to fuel supplies.

He replaces Dennis Barnes and is expected to take over by mid-March next year.

Read more on this story here