The tills began ringing today at what will be the country's largest mall ... or living centre. 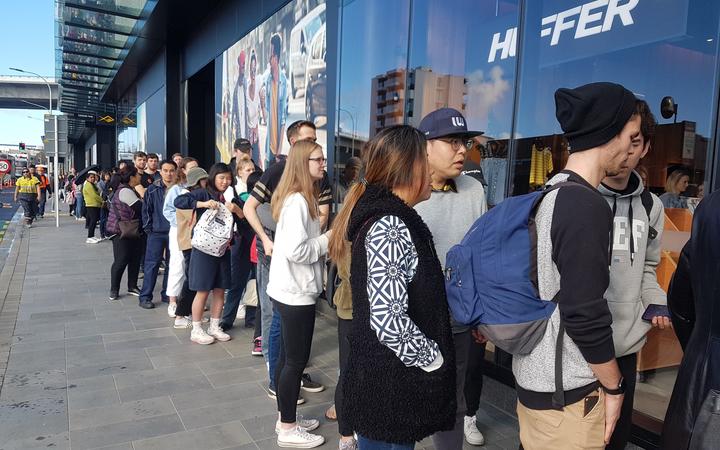 Westfield Newmarket opened today with 40 stores ready for customers. That number expected to swell to 230 by Christmas.

Shoppers were able to buy everything from a simple hoodie to a $445 gold lobster named Larry.

One customer Virginia woke up at 3.30am to be the first in line for Huffer - one of the shops inside the new Westfield centre.

She was thrilled with the new building, which spans three floors and is home to stores like Kathmandu, EB Games, Rebel Sport and upmarket furniture store Coco Republic.

With its marble-look floors, open spaces and sleek design - the $790 million so-called living centre has aspirations to be a cut above normal shopping malls. 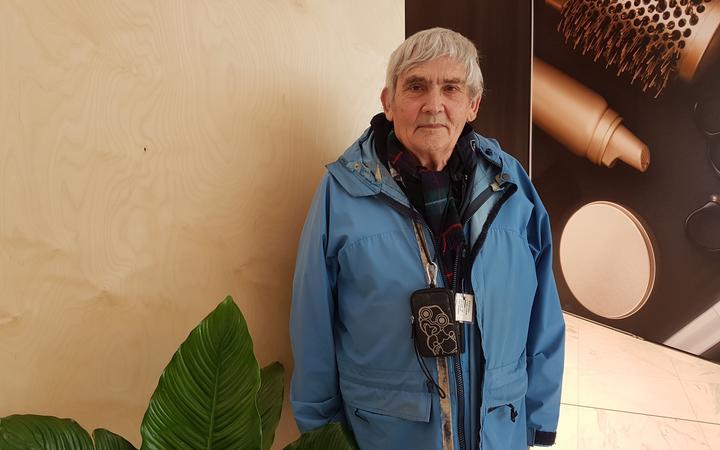 Warren Johns was one of the mall's visitors. Photo: RNZ / Katie Doyle

Warren Johns, 74, said it seemed like a nice place to sit and watch the world go by.

He was relaxing with an ice cream and admiring the architecture, but that wasn't the reason for his visit.

"I'm coming here because there might be something free, and of course to look at the building but quite often ... there's something you can get free, you see," he said.

"I've got some jellybeans so that's a good start." 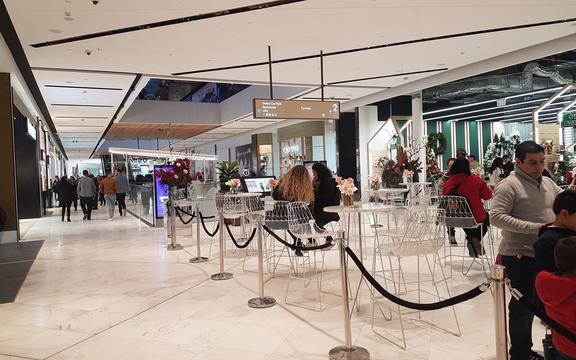 Despite the freebies and the ribbon cutting, some patrons seemed a tad confused about the living centre label.

After all, it did look suspiciously like a mall.

But spokesperson Paul Gardner said there was a difference.

"So up to 40 percent of the services here are either created for leisure or entertainment," he said.

"No longer is this about a simple transaction ... this now becomes a public space, a place to be."

The centre is set for expansion later in the year - with the rooftop dining precinct still under construction.

It's expected to be completed by the end of the year when it will be home to more than 200 stores across 4.5 hectares and five levels of retail.