The Reserve Bank is willing to ease the loan-to-value restrictions (LVR) on bank property lending as long as it does not compromise the integrity of the financial system.

The RBNZ says the aim of the LVR policy has not been to control house prices but to make households and banks stronger in the event of a downturn. Photo: RNZ / Claire Eastham-Farrelly

A review of the LVRs said they had been successful in cooling house prices and growth in household debt, as well as reducing the risk in the banking system from risky lending.

The central bank has reviewed the five year old policy, which was initially described as temporary, and said it has improved the stability of the financial system, but also had some downsides

"The LVR policy is likely to prevent some households that wish to purchase housing from doing so, which is part of the process of safeguarding financial stability.

"However, this means that the LVR policy can negatively affect a public policy objective of housing affordability, including for first home buyers," the RBNZ review said.

It said the aim of the LVR policy has not been to control house prices but to make households and banks stronger in the event of a downturn.

"By improving the resilience of both households and banks, LVR policy has played a useful role in promoting financial stability during a period of heightened housing market risks," the bank said.

Easing but not gone

But it has given no hint the policy will be scrapped, although it said LVRs may be eased if banks are sensible in their lending and the risk of a sharp housing market downturn is reduced.

"The policy will be eased gradually to allow time to test whether these conditions are met. This will provide confidence that further easing will not undermine the resilience of the financial system."

The real estate industry and property investors have been critical about the effect of LVRs in slowing the housing market and adding to the difficulty of first home buyers to get a property. 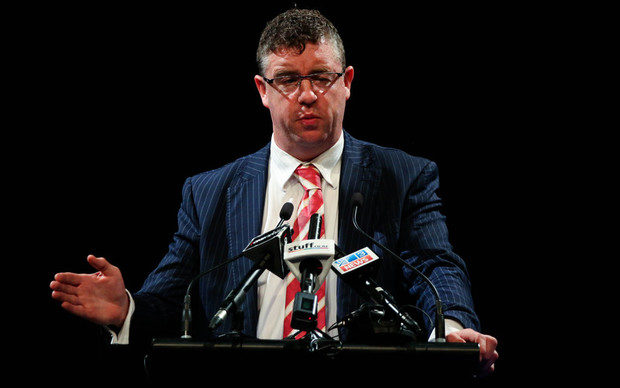 Independent economist Cameron Bagrie believes LVRs are still needed, but there is a case for easing them. Photo: RNZ / Alexander Robertson

"The blanket high deposit requirements are sadly and simply keeping too many first-home buyers out of the housing market. It's actually cruel that so many are denied the opportunity of home ownership during a time of record low interest rates and steadying prices because of this outdated and unnecessary measure," Century 21 real estate company general manager Ryan Mitchell said.

Independent economist Cameron Bagrie said the LVRs are still needed, but there is a case for easing them.

"I'd like to see them eased over the next one to two years subject to market conditions. I don't think you want these sorts of mechanisms permanently at the table because they distort behaviour."