Telecommunications company Chorus failed to prevent migrant worker exploitation by relying too heavily on its subcontracted firms, an independent review has found. 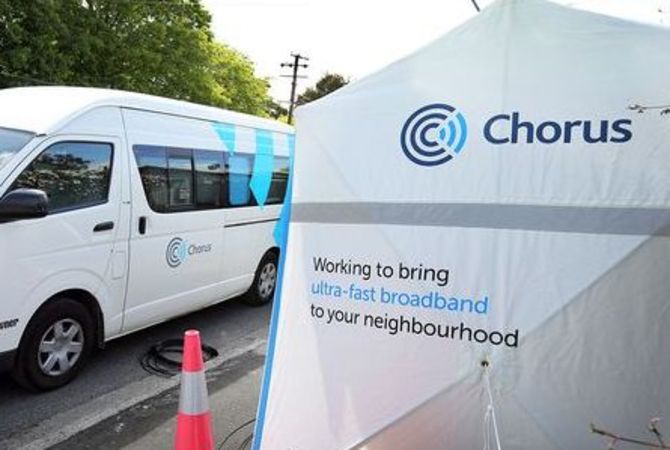 Last year the Labour Inspectorate alleged widespread exploitation and breaches of labour standards by one in every five of Chorus' subcontracted firms, whose workers were rolling out the ultra-fast broadband network nationwide.

It had since taken action against 42 of the 73 firms identified.

Workplace Relations Minister Iain Lees-Galloway said at the time the behaviour was not acceptable, and that principal contractors like Chorus "must pay much closer attention to what's going on in their supply chains".

Chorus' own investigation, which included its service companies Visionstream and UCG, found another 33 subcontracted delivery partners had possibly breached standards, extending the scale of breaches to one-in-three firms.

A review by the corporate consulting firm MartinJenkins found Chorus' board did not act on concerns it received as early as 2016.

"We found, with the benefit of hindsight, that Chorus relied too heavily on a model whereby workforce risk, including the risk of migrant exploitation, was managed by the service companies without sufficient oversight," the report said.

"Chorus' consideration of strategic workforce risks was focussed on the steps required by its service companies to drive recruitment to meet the burgeoning demand for connections to fibre [broadband]."

As the network roll out ramped up, more migrants from India and the Phillipines with temporary work visas were recruited.

The report said they feared complaining about their labour standards would threaten their right to work in New Zealand.

"The quality of certain information that Chorus, Visionstream and UCG had about the workers contributing to the UFB Connect work programme was poor ... [including] about the status of different visa conditions under which workers were employed."

While Chorus was disappointed in itself and the breaches were mostly low level, there were no safeguards in place to prevent more breaches, the report said.

It recommended a handful of ways for Chorus to safeguard its subcontracted workers, including executives taking more accountability, more worker support and a better approach to risk management and the auditing of subcontractors.

Chorus' chief executive Kate McKenzie said the changes would be made.

"Chorus, Visionstream and UCG needed to step up what we were doing in order to identify and mitigate the risk of breaches in employment law, which can be very difficult to identify, particularly when working with migrants.

"We will make the necessary changes to ensure fairness in line with employment laws no matter where in the supply chain workers are contributing."