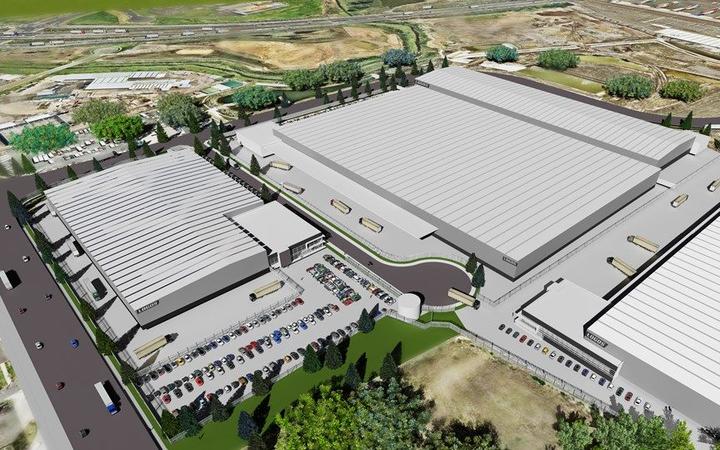 An artist's impression of the meat processing being constructed in South Auckland by LOGOS. Photo: LOGOS

LOGOS will build the meat processing facility at its Wiri Logistics Estate for its British-owned client, Hilton Foods New Zealand.

The facility will supply Countdown's North Island supermarkets with its meat from the middle of next year.

LOGOS head of Australia and New Zealand Darren Searle said a New Zealand-specific fund had been established to pay for the land and Hilton development.

He said Hilton had committed to a 25-year pre-lease on the 15,700-square-metre facility, which was its first investment in New Zealand.

"This commitment is a significant milestone for LOGOS and the Wiri Logistics Estate, as it sees us extend our strong relationship with Hilton into New Zealand, and also marks our first tenant for the new Estate," Mr Searle said, adding that total developments at the Wiri site would likely triple in size.

He said the fund will also look for other investment opportunities in New Zealand, with potential for New Zealand investors to become involved as LOGOS expands.