All the latest news in the business world in one place, brought to you by the RNZ Business team. 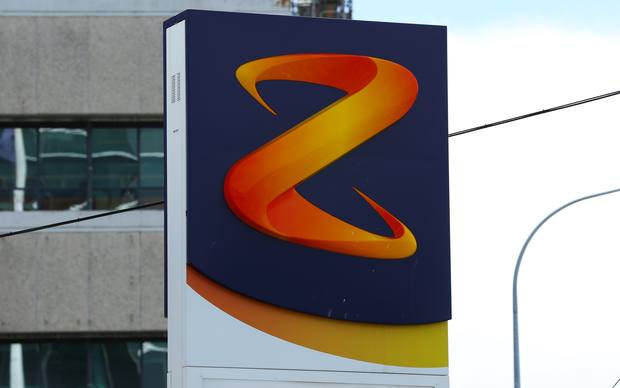 The chair of Z Energy, Peter Griffiths, is stepping down in May. Photo: RNZ / Alexander Robertson

The ratings agency S&P Global's Economics group has revised its assessment of the risk of a recession to 21 percent, from 16 percent three months ago.

She said heightened investor concerns over global economic developments have led to market volatility and disruptions, leaving a mixed picture for the second oldest expansion in US history.

The country's biggest airport has reported a lower profit as it moved to cut airline charges.

Auckland International Airport's net profit was down 11 percent to $147.2 million.

The company said it would cut its forecast charges on airlines using the airport by $33m over the next five years, equating to 31 cents a flight per passenger. It has been under pressure in recent years from the Commerce Commission and airlines for charging too much.

Revenue rose more than 11 percent to $370m, as 10.6 million people passed through the airport, just over half being international passengers.

The carpet maker has reported a $10 million half year loss after selling its stake in a business.

The company booked a $12m loss on the sale of its interest in Cavalier Wool Holdings.

Leaving that aside the company made a profit of 1.9 million on lower revenue.

Last year it made $1 million profit.

Chair of Z Energy stepping down

The chair of the country's largest fuel company, Z Energy, will retire in May.

Peter Griffiths has sat at the helm of Z for five years, after it listed on the stock exchange.

A current director, Abby Foote, will take up the role of chair.

The beer brewing company Mao will buy a string of top Auckland restaurants if it takes over the hospitality group Savor.

The deal, which will be funded by a mix of debt, shares and private investment, will be put to shareholders for a vote on 12 March.

Moa is hinting investors should accept the deal, which is expected to add $3.6 million to their underlying earnings next financial year.

The terms of the acquisition would allow Savor's founders to keep running their restaurants, including Ostro, Ebisu and Azabu.