Retirement and aged care village operator Summerset's profit has fallen in the face of a slower property market.

Its net profit for the year to December was down nearly 11 percent to $214.5 million.

However, underlying profit, which excludes changes in property values, was up almost 21 percent to $98.6m, and revenue was up 24 percent as demand for its units strengthened. 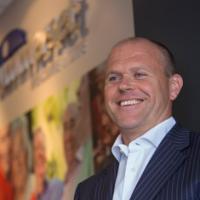 Chief executive Julian Cook was satisfied with the result, given the cooling property market.

"Growth in underlying profit [was] achieved in an environment where property price growth in key markets such as Auckland has moderated compared to prior years."

Summerset built 454 new homes, in line with its target, which was the most of any retirement village developer.

Mr Cook said that reflected the strong growth in the sector. It has 25 villages and nine sites yet to be developed, and has bought two new sites close to Auckland, and Wellington.