Latest: KiwiRail halves its losses, but still at risk

KiwiRail has posted a reduced half year loss as it recovers from the Kaikoura earthquake and improved its revenue from tourism and freight.

The state-owned enterprise made a net loss to $104.6 million from $193m the previous year. 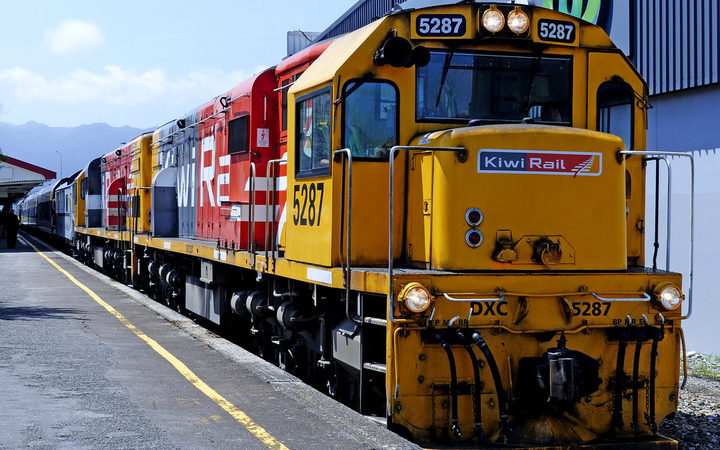 However, its underlying earnings, which strip out the cost of maintaining and running the rail network, was up seven percent to $16.1m.

Revenue was $328.8m, compared with $292.8m, with sales driven by a 30 percent rise in domestic freight revenue, and increased earnings for the Interislander ferries and on its tourism trains.

KiwiRail received $34.9m in capital grants over the period more than double the year before.

Fletcher Building returns to profit, puts losses behind it

It has reported a net profit for the six months ended December of $89 million - compared with the previous year's loss of $273m.

Over the past two years the company has lost close to $1 billion in its building and interiors division (B+I) because of delays and cost blowouts on major projects.

Since then the company has been selling assets, restructuring, getting out of big building projects, and raising money to strengthen its finances.

It sold the Roof Tile Group and signed an agreement to sell Formica for $1.25b, which was expected to be completed by the end of the financial year.

The company's underlying profit, excluding significant items and a full year of earnings from Formica, was expected to be in a range of $650m to $700m, compared with an earlier guidance of $630m to $680m.

The state-owned bank's profit was $62 million compared with $42m a year ago, as the growth in deposits outpaced lending and it increased its margins.

"Kiwibank is back to the performance levels it enjoyed before the Kaikōura earthquake and the abandoned technology project," chief executive Steve Jurkovich said.

The aborted revamp of the bank's IT system caused significant writeoffs last year.

Growth in lending grew 7 percent but customer deposits grew nine percent on a year ago.

The speciality dairy company has posted a record half-year profit on the back of surging demand for its infant formula.

Its revenue rose 41 percent to $613.1 million because of strong demand in Australia and China for its infant formula products.

Sky Television's first half profit has dropped sharply as it battles tough competition, forcing it to raise prices.

The network made a net profit of $53.6 million in the six months to December, down about 20 percent on the previous period.

The network posted a loss of $240m last financial year, because of a one-off writedown of an asset value.

It has continued to shed customers, albeit at a slower rate than before, losing 28,455 in the past year.

In addition to competition for sports events Sky TV has been battling video streaming channels such as Netflix.

Spark has posted a lower half year profit of $153 million as it moved to broaden its business, including sports broadcasting.

The profit compared with $162m the year before, with revenue and costs falling, while the bottom line was affected by no dividend from its stake in the Southern Cross undersea cable.