Fletcher Building has returned to profit as it starts to put the losses from major projects behind it. 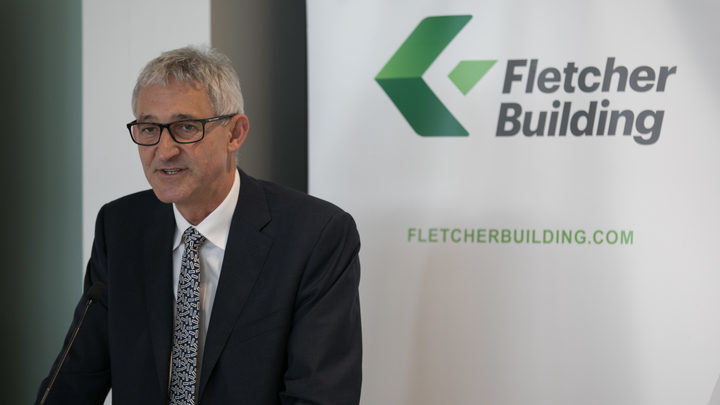 It has reported a net profit for the six months ended December of $89 million - compared with the previous year's loss of $273m.

Over the past two years the company has lost close to $1bn in its building and interiors division (B+I) because of delays and cost blowouts on major projects.

Since then the company has been selling assets, restructuring, getting out of big building projects, and raising money to strengthen its finances.

It sold the Roof Tile Group and signed an agreement to sell Formica for $1.25bn, which was expected to be completed by the end of the financial year.

"Our operating results across our core New Zealand businesses have been solid in the first half, and we are on track to close out the B+I projects within the current provisions," chief executive Ross Taylor said.

However, the developers of the Auckland convention centre and waterfront development have been withholding money from Fletcher Building because of delays to the completion of those projects.

Fletcher Building also warned last year that its half year underlying profit would be down about 10 percent because of a shutdown in its Golden Bay Cement plant, a slowdown in the Australian residential market and a drop in land development earnings.

"In Australia we have been impacted by the sharp decline in the residential market as well as higher input costs," he said, adding that Fletcher was focused on setting up the Australian business for an improved performance in the next financial year, with a reset to its costs base.

The board of Fletcher Building said it would resume paying dividends, which were suspended to save cash.

It declared an interim dividend of 8.0 cents per share to be paid on 10 April, with the full year dividend to be weighted to the second half, once the sale of the Formica business was settled.

The company's underlying profit, excluding significant items and a full year of earnings from Formica, was expected to be in a range of $650m to $700m, compared with an earlier guidance of $630m to $680m.