The head of a financial regulator says cases for prosecuting individual insurers over breaches in law are being drawn up and that the government needs more active legislation to put widespread rogue practices by insurers under scrutiny. 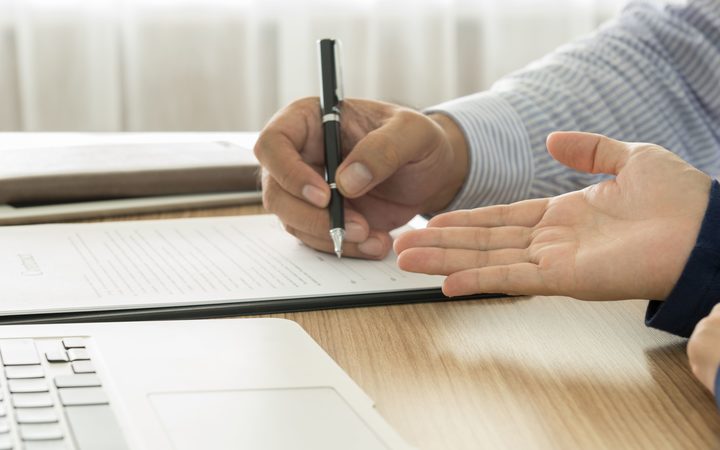 Financial Markets Authority chief executive Rob Everett told Morning Report naming the firms that his body was proposing to take action against for exploiting customers was not off the table, but that it was a matter of procedure and timing.

In a report released yesterday, the Financial Markets Authority and the Reserve Bank say insurance companies are putting profits ahead of people, charging customers for expired policies or selling investment schemes to people who are ineligible.

"The instances we found in the review that we did, we are doing further work on... I would expect us or another regulator depending on the exact issue, to be taking further action and to be taking those insurers to task," he said.

Mr Everett said in some cases there could be breaches of the law.

"We said to the government we don't think there's enough law actually imposing duties on the life insurers. But some of the things we pointed to, there would be plenty in the legislation to fix that.

"A review like this will often uncover issues that bring formal investigation.

"Obviously when you are thinking about going to court you have to follow the right steps, to get the right evidence and put it in the right place, so we are in that process now," he said.

"When we get to that point in those investigations, we think we've gathered enough evidence that there is a formal case to answer, we will certainly consider naming the relevant firms at the point."

He said there weren't firms that were performing much better or worse than the others.

"I think all of the industry needs to wake up and organise themselves better around the customer. Where we see things that breach the law we will pursue those and take action. But the broader message is that they just haven't set themselves up for success here in terms of looking after their customers."

He said he was surprised the government had to act to protect consumers as legislation was lacking.

"We've made recommendations to the government about how they can fill those gaps and they haven't responded to what they've seen in Australia and that's surprising to us ... they need more scrutiny and more active legislation."

The government had promised to crackdown on life insurance companies with tougher regulations after the review.

But Commerce and Consumer Affairs Minister Kris Faafoi ruled out a royal commission inquiry into the insurance industry, like the one in Australia, and said firms had until June to outline how they would reform practices.

He told Morning Report [https://www.radionz.co.nz/news/business/381230/govt-demands-change-in-insurance-sector-after-damning-report regulation was coming] and that the trust relationship between customers and the insurance sector needed to be addressed.

"We've had a review of the life insurance industry and we've already had a review of the banking industry, and we're also taking a look at insurance contract law, which in some cases haven't been looked at for several decades and the financial services legislation amendment bill is also looking at reworking and putting confidence in the mind of consumers and financial advice being offered.

"So there is a lot of work being done in this space to ensure the trust relationship ... is lifted.