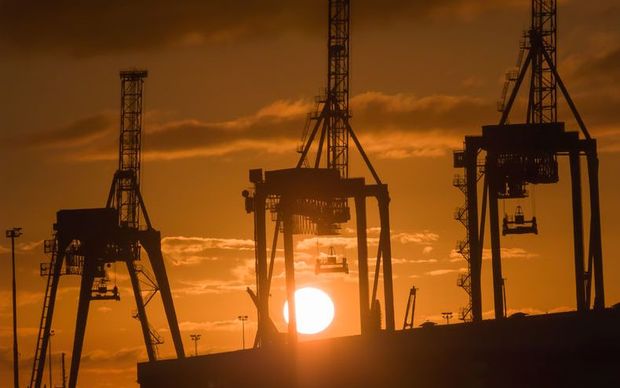 Tauranga's port generated a profit of $94.3 million in the year to June. Photo: 123rf

The Port of Tauranga's net profit for the year ended June rose 13 percent to $94.3 million, in line with its forecast.

The port can now handle super-large container ships, after a $350m spend on dredging the harbour and on-shore facilities.

"We completed our capacity expansion programme in 2016 and the effects were almost immediate. We are seeing larger container vessels, as well as larger bulk cargo and passenger ships," chairperson David Pilkington said.

A quarter of the container traffic was due to be transhipped to smaller regional ports, cementing Tauranga's role as a key shipping hub.

The port company also has stakes in port operations in Northland and Timaru, both of which delivered increased earnings.

Port chief executive Mark Cairns renewed criticism of other port companies that planned to spend on expansion to try to compete with Tauranga, saying projects that did not have an adequate rate of return were a concern.

Tauranga port has scope for more expansion with longer wharves, more storage and warehousing. A ninth container crane has been ordered, he said.

"We expect cargo growth to continue in the next year across most categories, and particularly containerised cargo."

The company increased its full year dividend to 12.7 cents a share, and planned to pay another 5 cents per share special dividend.