A Christchurch construction company placed into voluntary liquidation on Tuesday has left workers out of a job and creditors out of pocket. 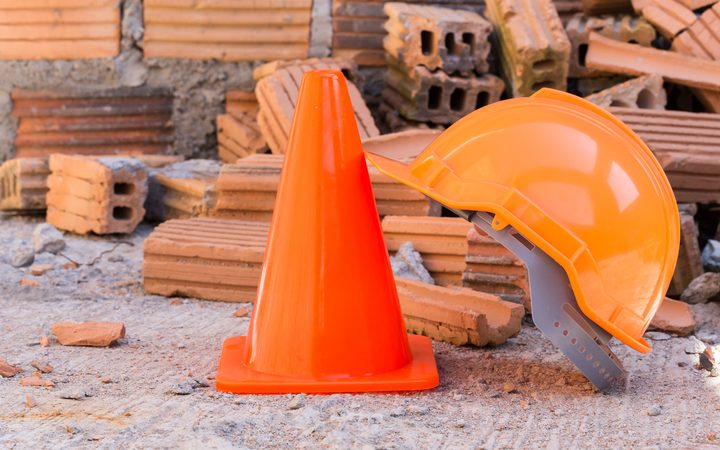 It comes as Ebert Construction Ltd was also put into receivership this week, potentially owing $40 million.

Maven Interiors Limited employed 16 staff directly, as well as labourers from other companies.

Maven Interiors owners, Andrew and Hayley Tribble, were not home at their property in Moncks Bay when RNZ visited today.

In a statement this afternoon, it said the company was no longer trading and it was assessing the sub-contracts it was working on.

Mr Wheelan said a liquidator's report and claim form would be mailed to all known creditors within the next seven days.

Auckland University professor of construction John Tookey said most construction companies tended to go out of business because they have to plan one to two years in advance, which puts pressure on cash flow.

"It's frighteningly common. It's actually systematic of a super-heated market that we're currently sitting in as far as New Zealand as a whole is concerned," Prof Tookey said.

"Quite frankly, it's easy for a sub-contractor to pull the pin, walk away from a particular contract and go and do something else somewhere else at a higher return on the time spent."

Chief executive Quin Henderson said they had not made contact with Maven Interiors, but would be prepared to take on some of their workers if required.

"That will be a result of discussions held with Maven Interiors, staff and other contractors. There are many variables, of course, and we need to get an understanding of where Maven Interiors sit in this situation," he said.

Prof Tookey said this could be another case of a company being unable to keep pace with the booming construction market.

He said creditors were sometimes taking a gamble when they bankrolled construction projects.

"When [Fletcher Construction] announced their problems a few months back, the individuals who have the key skills very quickly pick up additional work elsewhere," he said.

"The tragedy is the fact that there is always going to be creditors who are left basically in the cool breeze twisting slowly as they seek to get their money back."