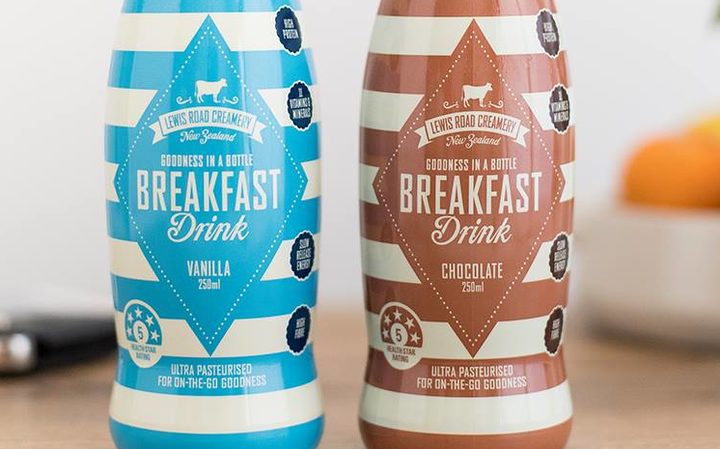 The drinks, which hit supermarket shelves about a week ago, have about nearly 9g of sugar per 100ml - three times as much as the 3g claimed on the label.

Lewis Road Creamery said it discovered the mistake two days ago and had since recalled the Breakfast Drinks.

Its founder Peter Cullinane said he was very sorry for the genuine error and the company had voluntarily removed the products from shelves.

"We're doing more testing, we're also making sure we dot every I and cross every T so that the label is as accurate as it can possibly be, as it should have been to begin with ... So that was our mistake," he said.

Mr Cullinane said the label only had information about added sugars and didn't account for the sugar that naturally occurred in milk.

"Our whole focus on this has been [creating] a dairy-based breakfast drink with minimum added sugar so [that's where] all our attention has been," he said.

"In our zealousness to do that we overlooked naturally occurring sugars."

But professor of population nutrition and global health, Boyd Swinburn from Auckland University, said manufacturers needed to improve their labelling.

"We do rely on manufacturers to be accurate in the labelling of their product in terms of ingredients and nutrient content," he said.

"We don't want our food supply to be full of products that have inaccurate information."

Mr Swinburn said it was a rookie mistake by Lewis Road Creamery but it is good they were taking responsibility.

The Dental Association said it was not surprised by the mislabelling and it said labelling of sugar in general needed to improve.

"I think ideally, Lewis Road Creamery, or any other company, should take it upon themselves to accurately highlight how many teaspoons are in their beverages," he said.

The Dental Association has been lobbying for a labelling symbol which tells consumers how many teaspoons of sugar a drink contains since May last year.

Lewis Road Creamery said it would be a couple of weeks before the Breakfast Drinks were back in supermarkets, and it was confident its other products were all labelled correctly.