The New Zealand economy should survive the current fall in world sharemarkets, the finance minister says. 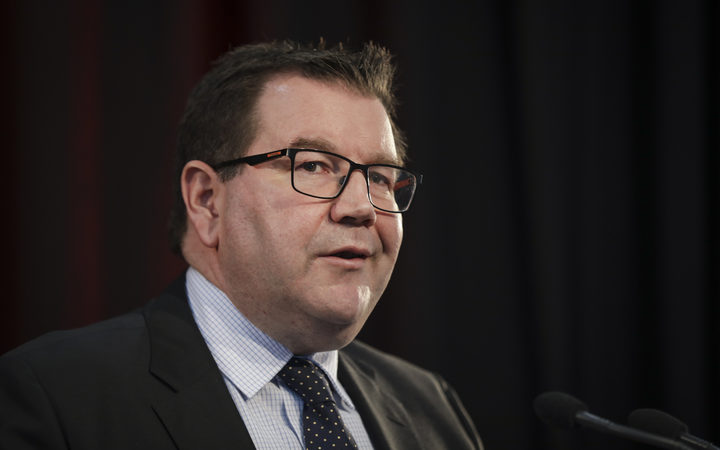 Share prices globally have plunged in recent days because of fears that US interest rates will rise faster than expected.

That comes after the Dow Jones Industrial Average suffered its biggest loss in more than six years on Monday, down 1175 points, 4.6 percent, to 24,345.75.

That was soon followed by Asian and European markets.

Japan's Nikkei 225 index saw its biggest one-day point drop since 1990 yesterday, ending 4.7 percent down at 21,610.24. Its share index saw steeper falls overnight, with a loss of some 7 percent at one point.

Tuesday saw markets in London, Frankfurt and Paris with initial losses of up to 3 percent before recovering some ground.

Analysts have said the swings in the US markets in part reflect big investors moving to sell stocks and put money in other assets, such as bonds, which benefit from higher interest rates.

New Zealand's market is expected to follow suit when it reopens at 10am today after the Waitangi Day holiday.

However, Minister of Finance Grant Robertson said New Zealand's economy should survive, as its fundamentals were sound.

"The low level of public debt is a really important part of it," he said.

"You know, New Zealand is a country that always has to be aware of external shocks, it's why we keep our public debt lower than a lot of other countries.

"We've got good forecasts of economic growth coming down the line, about 2.9 percent."

Mr Robertson said a sharemarket correction was probably overdue, with the Dow going up 44 percent in 15 months.

He said New Zealand was in a good position to weather any storm but it could have some effects.

"One will just be what actually happens in the sharemarket values of course and the flow through to kiwisaver, and teh other is whether or not US interest rates do rise more quickly than expected becuase that may have some implications for interest rates here which will affect people more directly than the stock market."

The activity appeared to be a correction to rising markets after a relatively long period of stability, he said.

Head of wealth research at Craigs Investment Partners, Mark Lister, said the New Zealand market could be down 3 or 4 percent, making it an ugly day.

It was not likely to fall as much as elsewhere, because the interest-rate rises that had led to the stock market plunges were not a factor here.

Mr Lister said New Zealand's sharemarket hadn't had the stellar rises other markets had, so was unlikely to fall by as much.

"I think we will hold up better than some of those global markets. We tend to be a more resilient sharemarket because we have got a lot of steady, predictable, safe and boring companies, less of the high-risk companies."

People did not need to panic, he said, as they should be investing for the long term.

"It's not something impacting the economy, it's limited to the sharemarket."

On Monday the benchmark NZX top-50 index closed down more than 2 percent, its biggest one day fall since late 2016.

The overall average price of dairy commodities is up 5.9 percent after the latest GlobalDairyTrade auction overnight, to $US3553 a tonne.