Restrictions on US broadband providers' ability to prioritise one service's data over another are to be reduced after a vote by a regulator. 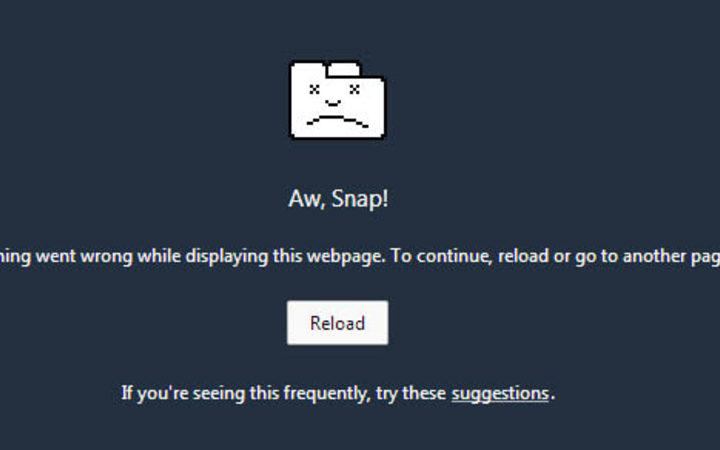 You might be seeing more of this page after net neutrality rules were weakened. Photo: Google

The Federal Communications Commission split three to two in favour of changing the way "net neutrality" is governed.

Internet service providers (ISPs) will now be allowed to speed up or slow down different companies' data, and charge consumers according to the services they access.

But they must disclose such practices.

Proceedings in Washington were halted for about 15 minutes after a security alert forced an evacuation of the FCC's chamber.

Campaigners claim the reversal of rules introduced under President Barack Obama will make the internet less open and accessible.

But the FCC's chairman Ajit Pai has suggested the move will foster innovation and encourage ISPs to invest in faster connections for people living in rural areas.

He refers to the change as "restoring internet freedom".

Technically, the vote was to reclassify broadband internet as an information service rather than telecommunications.

The consequence of this is that the FCC will no longer directly regulate ISPs.

Instead jurisdiction will pass to another regulator, the Federal Trade Commission (FTC). Its key responsibility will be to check that the companies disclose if they block data, throttle it or offer to prioritise traffic, rather than stopping such behaviour.

One criticism of this is that consumers often have few if any ISPs to choose between. Moreover, opponents of the change claim it could take years to address any misbehaviour.

But fellow commissioner Michael O'Rielly, a Republican, said fears over the end of net neutrality were a "scary bedtime story for the children of telecom geeks".

Mr Schneiderman accused the watchdog of failing to investigate possible abuse of the public commenting process. He said as many as two million identities, some of dead New Yorkers, were used to post comments to the FCC website.

During the hearing, Mr O'Rielly said staff had been able to determine and discard comments that were illegitimate.

"Just recently one of the mobile service providers launched a series of packs for their online content. In other words... you can have all you can eat video online, if you give us another $20 a month. Now, that starts to look like something that is a less neutral internet here in New Zealand."

What is net neutrality?

Net neutrality is the principle that an internet service provider (ISP) should give consumers equal access to all legal content regardless of its source.

To put it another way, if the networks which form the bedrock of the internet were a motorway, then under net neutrality, there wouldn't be fast lanes for cars and slow lanes for lorries. Motorists wouldn't be able to pay to use a faster route. All data regardless of its size, is on a level playing field.

In practice what this means is that ISPs - the biggest ones in the US include Comcast, Charter and AT&T - cannot block content, speed up or slow down data from particular websites because they have been paid to do so. And they can't give preferential treatment to their own content at the expense of their competitors.

Proponents of net neutrality say it's a matter of fairness, that it limits censorship and ensures that large ISPs can't unfairly choke off other content providers. But opponents say it amounts to an undue restriction on business, that regulation stifles investment in new technology, and that net neutrality laws are outdated.