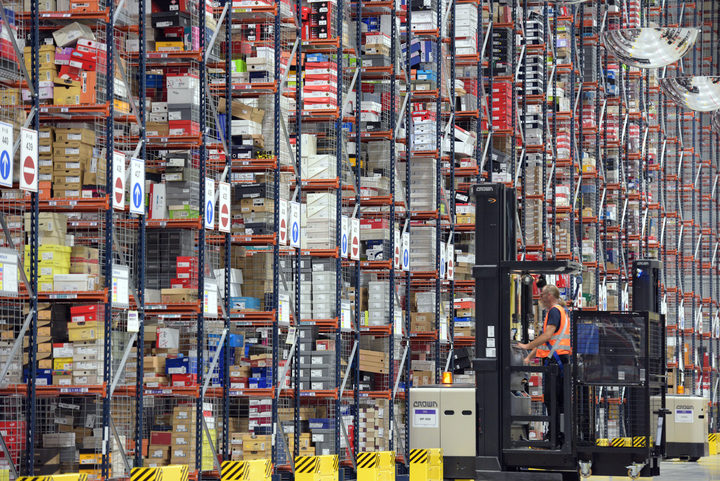 In a move certain to fuel competition from traditional retailers in the lead up to Christmas, Amazon will offer free delivery on orders over $49 (NZ$54.14) with a one-day service in select areas.

"By concentrating on providing a great shopping experience and by constantly innovating on behalf of customers, we hope to earn the trust and the custom of Australian shoppers in the years to come," Mr Braeuniger said in a statement to the ABC.

Customers buying on the Amazon Australia platform will have their goods shipped from a "fulfilment centre" at Dandenong South in Melbourne's outer east which was converted from a 24,000-square-metre warehouse earlier this year.

Mr Braeuniger said Amazon was committed to Australia for the long-term and wanted to become a significant part of the Australian economy and retail sector.

"Over time, we will create thousands of new jobs and invest hundreds of millions of dollars in Australia," Mr Braeuniger said.

"The result will be an ever-improving customer experience driven by the regular introduction of new products and services that we hope customers will love."

Amazon - the world's biggest online shopping company - had been expected to open in Australia last month to coincide with the Black Friday shopping promotion the day after the Thanksgiving holiday in the United States.

The entry of Amazon into Australia is likely to pressure local online players like Kogan, JB Hi-Fi and eBay, with other major players forced to lower prices in the face of the toughest trading conditions since the 2007 global financial crisis.

Amazon has been tight-lipped in the lead up to the Australian launch and until now has provided few hints about its Australian marketplace strategy.

The company says "thousands" of Australian businesses will be using Amazon's local platform to sell their products but would not provide a specific number.

However, Amazon says globally about half of the company's sales come from marketplace sellers.

In addition to its Australian online site, the company has corporate offices in Sydney, Melbourne, Perth, Brisbane and Canberra employing more than 1,000 staff.

Amazon is valued at US$560 billion and recently bought Whole Food Markets in the US as part of its online supermarket arm, Amazon Fresh.

However, the ABC understands Amazon has no imminent plans to open Amazon Fresh in Australia, which would provide direct competition to Coles and Woolworths who are already under pressure from Aldi and Costco.