One of the most iconic Kauri tourist spots in New Zealand has been re-branded by local iwi looking to boost tourism in the Far North.

The Ancient Kauri Kingdom will now be known as Kā Uri Unearthed, and its owner Ngāti Kuri Tourism is looking for it to be the major gateway for tourist making their way to Cape Reinga. 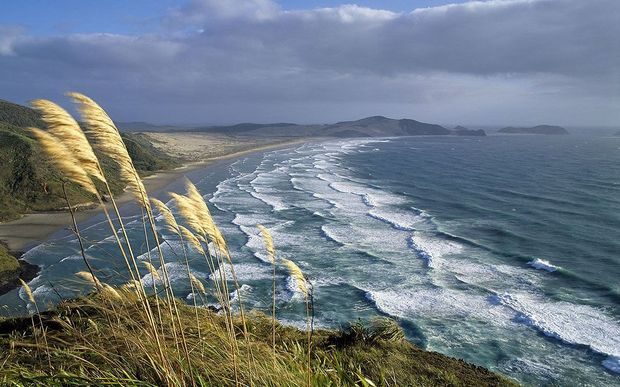 However, he said many of those visitors don't know the significance of the area - which in Te Ao Māori is the last stop for spirits on their journey back to the ancestral home of Hawaiiki.

Giving visitors an authentic experience of Te Rerenga Wairua, Mr Burkhardt said was a major reason Ngāti Kuri bought the Awanui based business a year ago.

The tribe settled their Treaty of Waitangi grievances in 2014 and had 72 hectares of land returned around Cape Reinga.

The previous owners of Ancient Kauri Kingdom were put under the spotlight after being involved in the sale of large kauri swamp logs to overseas buyers.

Mr Burkhardt said Kā Uri Unearthed has set out on a different path.

"Our position is not to export unprocessed kauri we want to turn it into products people want to buy - my understanding is that business has probably done its dash."

Kick-starting stagnant employment in the Far North, Harry Burkhardt said was another focus for the tribe and says possible ventures in Cape Reinga could include helicopter tours, glamping and cultural experiences.

"Fundamentally that's how you transform a community, the ability of them to bring money into the house and cupboards is critical especially in an area that has the highest levels of socio-economic deprivation and lowest capita income in New Zealand."

Taylor Wainga is part of the next generation of Ngāti Kuri descendants who started working at Kā Uri Unearthed a year ago.

Over the past year, Mr Wainga said Ngāti Kuri has built the business up and brought locals back into the fold.

"The place was pretty run down, so once we took over we kind of gave it a bit of life and started making all products with our two craftsmen out the back - all the wooden products are being made locally again."

"The challenge of Te Rerenga Wairua is that it's an isolated area - it's not only a site of great geographical experience it has heritage, spiritual heritage because of its connection to Hawaiki."

Shane Jones said the government was still fleshing out the details of the one billion dollar a year regional development fund.

However, he encourages Māori tourism ventures to work with their local economic development agency to build their business proposals to have a high level of viability for when funding does becomes available.