Wellington's tallest building, the Majestic Centre, has been sold for $123.2 million 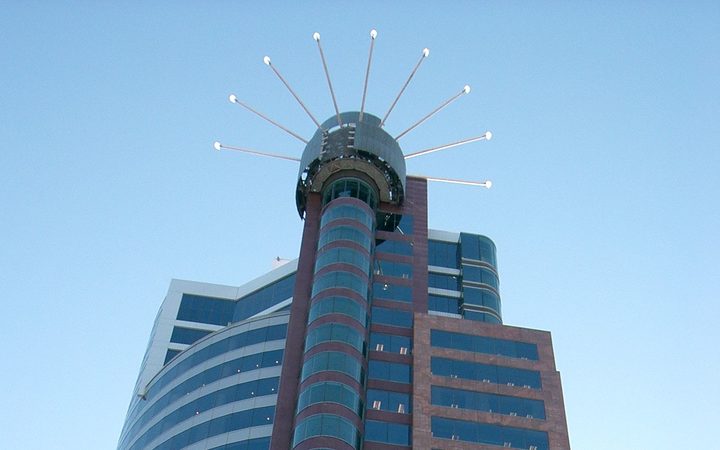 New Zealand's largest listed property company, Kiwi Property, has made a deal to sell the office and retail complex to Investec Property, which is owned by Investec Australia Property, a subsidiary of a South African company listed on the Johannesburg stock market.

Kiwi Property will continue to manage the property for Investec, which had $83.5m of seismic strengthening completed two years ago to meet the building code, which was changed following Christchurch earthquakes.

Kiwi Property chief executive Chris Gudgeon said the strengthening costs were absorbed by the company and not recovered in the sale price.

"The previous government, I think somewhat short-sightedly have determined that investing in seismic strengthening is not something that can be capitalised or depreciated or expensed, so they have made it harder for building owners to make buildings seismically resistant in New Zealand " he said.

"I don't believe that is a smart position that National took on the subject and I will look forward to taking that up with the new Labour-led government."

Kiwi had tried to sell the Majestic Centre earlier this year as part of a $230m package deal to the small listed property investment company, NPT, which valued the building at $119.4m at 31 March.

Mr Gudgeon said the sale price represented a vote of confidence in the Wellington region.

"This transaction, I think is the single largest office transaction for the region and for Wellington city," he said.

The sale to Investec settles next month, with the proceeds to be used to pay down Kiwi's bank debt.