New Zealand needs to move away from being a low wage economy and businesses must lead the way by paying their employees well, a prominent economist says. 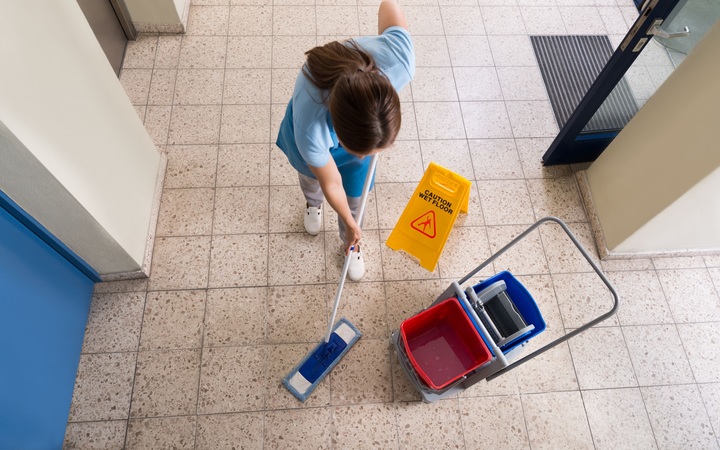 A Deloitte Mood of the Boardroom survey last month showed 91 percent of New Zealand businesses were prepared to pay their workers the living wage, but only 85 companies are accredited as paying the $20.20 an hour.

"Businesses are always quick to say it's businesses that create jobs and wealth and prosperity. Well then, it's up to businesses to provide that leadership and do the right thing, which is adopt a high-wage, high-value business model rather than the low one which has, to be honest, not got us anywhere."

He said the Labour government's promise to raise the minimum wage to $20 by 2021 was a good step.

Fresh Desk cleaning company in Lower Hutt is the first in the industry to be living wage accredited.

It has been paying a living wage to all its employees - starting with just one to 11 now - since it was set up in 2014, and recently won $18,000 from the Akina Foundation to help promote the living wage movement.

One of Fresh Desk's founders, Nicole Oxenbridge, said cleaning might not be considered a "glamorous" job but their staff worked hard.

"Cleaning is a job where a lot of people have to do a few jobs to get by, to feed their kids and to put food on the table. So by paying the living wage it's providing employment to people so they can spend more quality time with family and give back to society as well."

"I suspect many [of those businesses] don't actually know about the Living Wage Register ... there are many employers which are paying at, or above, the living wage.

"If they knew about the register I'm sure they'd be happy to be registered on it."

RNZ understands negotiations on raising the minimum wage are still ongoing between the government coalition partners.