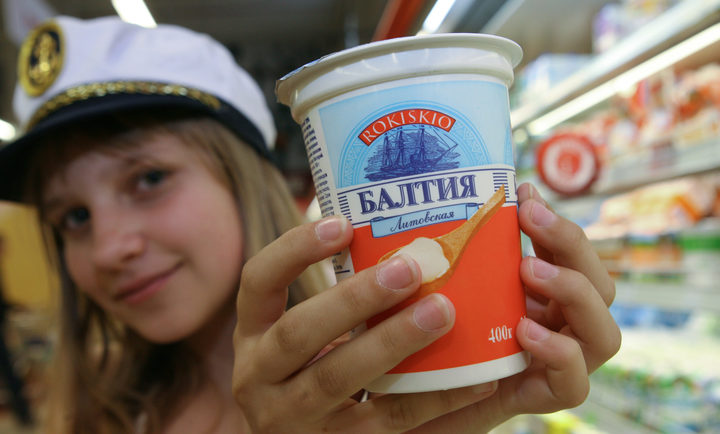 Rokiskio and other Baltic state dairy companies have suffered since Russia put an embargo on food imports from the EU. Photo: AFP

The co-operative is paying $11.7 million (€7.1m) for the stake, as the Lithuanian firm looks for resources to expand its export operations.

The companies have been commercial partners for several years, with Fonterra sourcing raw material from it to make speciality products in Europe.

"Fonterra is a leading global company, and by becoming a shareholder of Rokiskio Suris it lifts our company to the very different, global level," Dalius Trumpa, chairman of the board of Rokiskio Suris, told local media.

Baltic dairy companies have been suffering since Russia, previously their main export customer, put an embargo on food imports from the European Union in 2014 in retaliation for sanctions imposed for the clash with Ukraine and annexation of Crimea.