New Zealand's financial system has a clean bill of health, with fears over high house prices and dairy debt reduced but still under scrutiny, the Reserve Bank says. 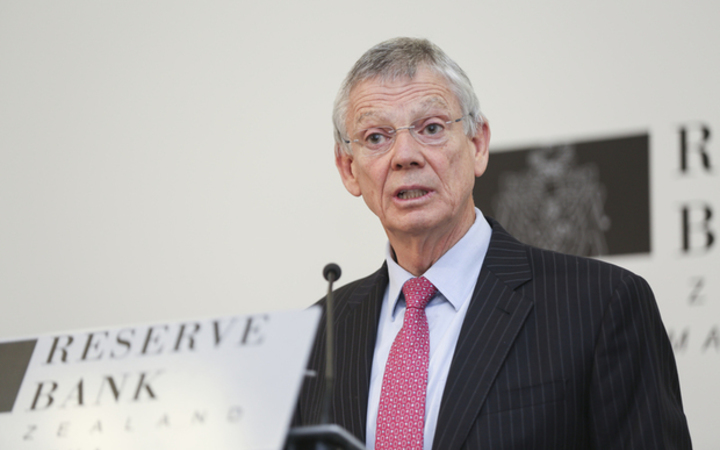 In the first of its biannual assessments, the central bank said the country's banks were profitable and well-capitalised.

The spectre of high house prices and dairy indebtedness and its potential to undermine the financial system have also reduced.

"House price growth has slowed in the past eight months, in response to tighter loan-to-value ratio (LVR) restrictions, and a more general tightening in credit and affordability pressures in parts of the country," Reserve Bank governor Graeme Wheeler said.

"Dairy prices have recovered significantly in the past 12 months, and the majority of dairy farms are likely to have returned to profitability in the 2016/17 season."

But Mr Wheeler warned those sectors remained under close scrutiny.

"The rate of house building remains insufficient to meet rapid population growth and the existing housing shortage. House prices remain elevated relative to incomes and rents, and any resurgence would be of concern."

"Parts of the dairy sector are carrying excessive debt burdens, and remain vulnerable to a fall in income or an increase in costs. Banks should continue to closely monitor and maintain full provisioning against lending to high risk farms," Mr Wheeler said

The Reserve Bank will soon put out a consultation paper on income-based lending restrictions, called debt-to-income ratios, which it wants to add to its toolkit.

"While the LVR restrictions have increased the banks' resilience to any fall in house prices, a significant share of housing loans are being made at high debt-to-income (DTI) ratios. Such borrowers tend to be more vulnerable to any increase in interest rates or declines in income," Reserve Bank deputy governor Grant Spencer said.

The Government, which has been reluctant to give the Reserve Bank a mandate to introduce it, has delayed any decision until after September's general election.

The central bank is taking further steps to strengthen the financial system, including making the banks hold more capital as a buffer against an economic shock.

"The outlook for the global economy has been improving but global political and policy uncertainty remains elevated and debt burdens are high in a number of countries," Mr Wheeler said.

"A sharp reversal in risk sentiment could lead to higher funding costs for New Zealand banks and an increase in domestic borrowing costs. New Zealand's banks are vulnerable to these risks because of their increasing reliance on offshore funding for credit growth."