Local rocket company Rocket Lab has made its first-ever launch this afternoon. 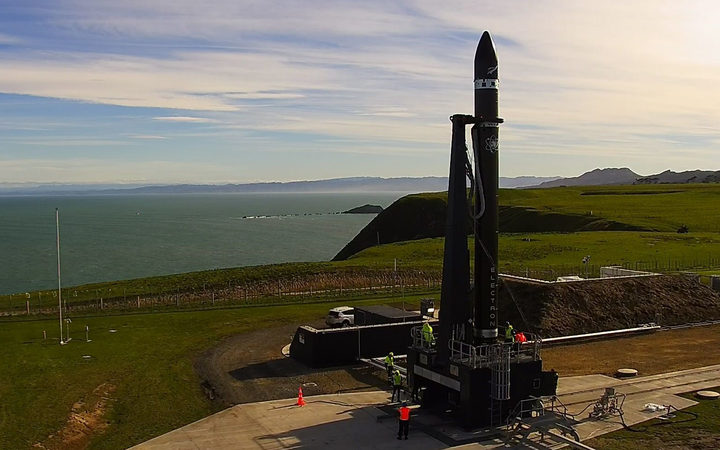 The rocket Electron at the launch: It made it to space but not to orbit. Photo: Supplied / Rocket Labs

The Silicon Valley-funded company held the maiden flight of its battery-powered 3D-printed rocket at Mahia Peninsula at 4.20pm today.

Earlier launch attempts were delayed due to wind.

Although the 15m rocket, Electron, did reach space, it did not quite make it into orbit.

The American-New Zealand company said it would be investigating why not.

It said this was the first orbital-class rocket launched from a private launch site in the world.

"It has been an incredible day and I'm immensely proud of our talented team," Rocket Lab founder and chief executive Peter Beck said.

"We've worked tirelessly to get to this point. We've developed everything in house, built the world's first private orbital launch range, and we've done it with a small team."

He said it was just "phenomenally beautiful".

"Everything was functioning beautiful off the pad. A rocket launch is one of those things that's really hard to put into words."

Mr Beck said he would be celebrating with his launch team at Auckland Airport this evening, drinking beer partially brewed in space.

"What we achieved today is usually what a country achieves, not a company. Yeah, I think it's a proud day for New Zealand for sure."

The company would now work through the data collected from the flight to refine future launches.

It is the first of three trial flights in the lead-up to flights with commercial payloads.

The government said the rocket launch was the first visible sign of a space industry in New Zealand.

Minister for Economic Development Simon Bridges said the launch made this country one of 11 able to launch satellites.

He said it provided an opportunity to attract other aerospace companies to set up in New Zealand.

The rocket will eventually burn up on re-entry.