Some Kaikōura businesses are within six to eight weeks of collapse as visitor numbers dwindle, a new group set up to advocate for earthquake-affected traders and retailers says. 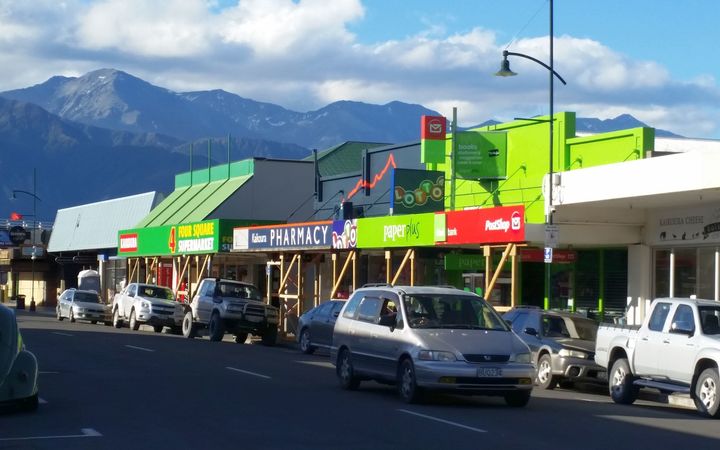 Visitors have had to take the alternative inland route to the town since heavy rain over Easter weekend brought fresh slips down onto State Highway 1 south of Kaikōura, forcing its closure.

The road north of the town is not expected to re-open until the end of this year.

Stephaine Thompson owns the Kaikōura Four Square and is a committee member of the recently established Kaikōura Retail and Trade Association, which so far has about 45 members.

Ms Thompson said it was working with the district council's recovery team to try to find ways to help struggling businesses.

She said retailers were particularly hard hit by the decline in visitors.

"Without additional support there are businesses within six to eight weeks of collapse.

"So that is something that we're very consciously aware of and trying to work through with in particular those businesses," Ms Thompson said.

She said the association wanted people to apply for a government grant for earthquake-affected businesses and it was looking at establishing a pop-up container mall in the town.

Minister for Economic Development Simon Bridges told Checkpoint with John Campbell the government paid out more than $17 million to Kaikōura businesses in the six months after the earthquake, and that winter was traditionally the quietest period in the town.

He said there was still a $1m fund available to help businesses in real trouble.

An information evening about the government grant was being held in Kaikōura tonight.

The Transport Agency said it was aiming to re-open SH1 south of the town next week, and was still on track to have SH1 north of the town open by the end of this year.