The economy has expanded at a slower pace than the previous quarter, as lower dairy production weighed on growth. 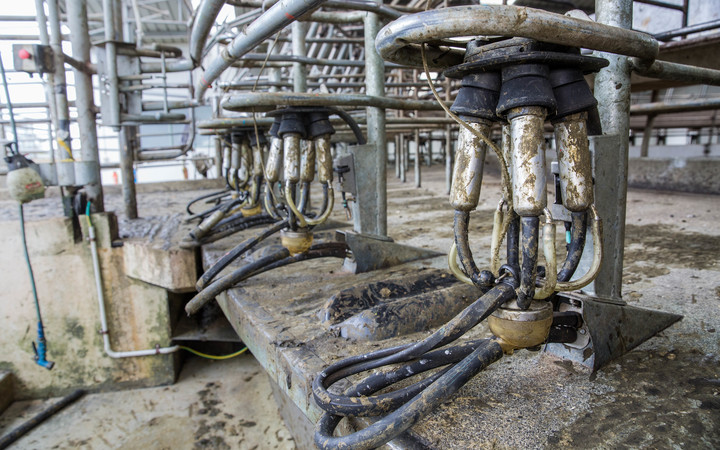 Official figures show gross domestic product, which is a broad measure of the health of the economy, expanded 0.4 percent in the three months to December, compared with a revised 0.8 percent in the previous quarter.

That is lower than most economists had expected.

"At an industry level, growth was a mixed bag, with only half of our 16 industries rising."

The services sector continued to grow, increasing 0.7 percent. That was led by computer system design, advertising, marketing and management services.

Construction activity remained strong, rising 1.8 percent in the quarter and 10.5 percent for the year. The annual rise was the highest since 2004.

Agriculture contracted 0.6 percent due to lower milk production. This, along with falls in forestry and mining, were reflected in lower manufacturing activity and exports.

Manufacturing fell 1.6 percent, driven by a fall in food processing.

The growth in household spending eased to 0.4 percent after two quarters of strong growth, though tourism spending remained robust.

GDP per capita declined 0.2 percent this quarter, following a 0.3 percent increase in the September quarter.

On an annual basis, average growth rose to 3.1 percent.

When comparing activity in the December quarter with the same period a year ago, the pace of growth fell to 2.7 percent.

The size of the economy stood at $256 billion.