A new report shows that the export value of wool from December to January dropped by 25 percent, and in the past six months it has fallen 10 percent. 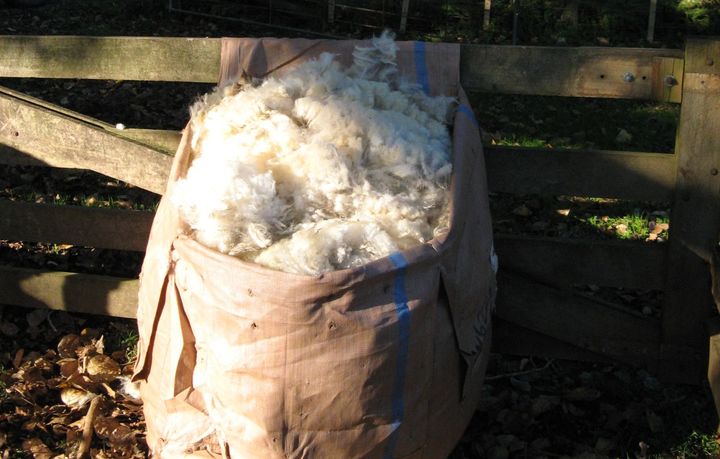 The value of medium wool exports per tonne has dropped by over 9.4 percent in the past six months. Photo: RNZ/Susan Murray

The figures show the extent of the damage that high exchange rates, Brexit and Donald Trump's election have had on wool exports.

The wool industry has had a tough season so far. China, which buys 60 percent of New Zealand's wool exports, vanished from the market after Mr Trump was elected US president.

"Most of that is the huge change in the value of the New Zealand dollar against the currencies in which wool is exported ... for example against stirling the NZD is 30 percent stronger than it was for the same time last season - that's really following the referendum in the UK on Brexit."

Mr Burtt said the 25 percent drop in export value from December to January was a slightly different story.

"There was a sharp decline in exports to China for a large part of last year ... things look like they may be improving a little bit in January."

The value of medium wool exports per tonne has dropped by over 9.4 percent in the past six months, fine cross bred wool is down 21 percent and strong wool is down 12.5 percent. 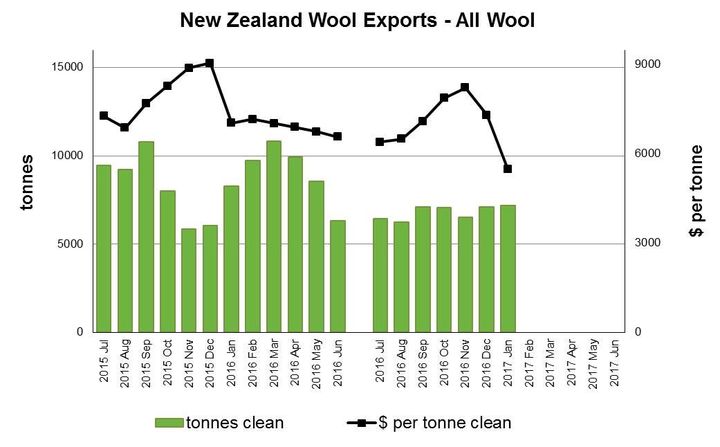 The only rise in value is for fine wool, said Mr Burtt.

"Fine wool returns are up about 2 percent, they're less effected by the exchange rate and market returns have been good for fine wool."

Mr Burtt said overall low prices had made it hard for farmers to get decent prices.

"Because of low prices farmers have adjusted what they are doing, we're hearing anecdotally that some of them (farmers) are holding onto wool - that makes things difficult."

The cost of shearing was also hitting farmers in the pocket, said Mr Burtt.

"It seems to be little changed from what it has been historically, and prices for the wool have been down which makes it difficult to be profitable on some of the wool operations."