The Reserve Bank has left its official cash rate (OCR) unchanged and signalled the next move is likely to be a rise - but not for some time. 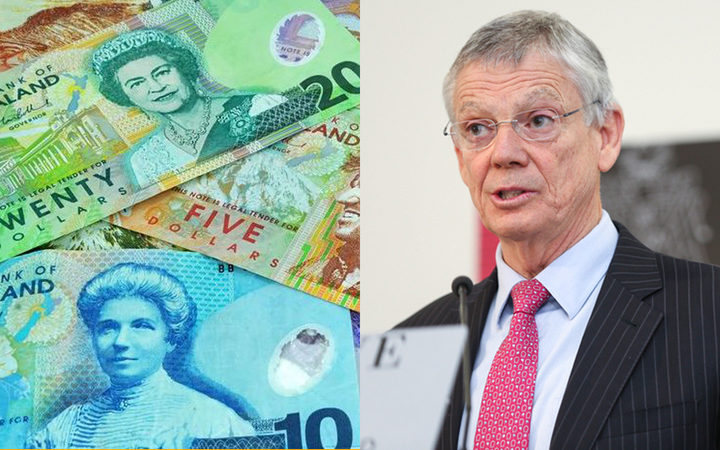 As widely predicted, the bank held the OCR at a record low 1.75 percent in its first review of the year.

In its statement this morning the central bank said the domestic economy had been growing strongly, driven by strong immigration and recovering dairy prices, while the global outlook has also improved.

But Governor Graeme Wheeler, who is to step down in September, said inflation remained subdued, despite edging back into the bottom of the central bank's target zone, and there were still considerable risks.

"Monetary policy will remain accommodative for a considerable period. Numerous uncertainties remain, particularly in respect of the international outlook, and policy may need to adjust accordingly," he said in a statement.

RBNZ forecasts showed the OCR being held at its current level through 2019, after which would start to rise.

ASB chief economist Nick Tuffley said the RBNZ was neutral after cutting rates over the past two years, and its signal of an extended period on hold was sensible.

"We would highlight that, barring a major negative shock, it is unrealistic now for the RBNZ to hold the OCR at a stimulatory level indefinitely," said Mr Tuffley.

"The flagging of a distant tightening is more realistic."

The RBNZ said the economy was expected to keep growing strongly, while the housing market was showing welcome signs of cooling under the influence of the tighter lending rules.

However, it said the New Zealand dollar was still too high, which was keeping the lid on imported inflation pressures as well hurting exporters.

"A decline in the exchange rate is needed."

Among international uncertainties which could upset the outlook were the policies of the new US administration and Britain's planned exit from the European Union.

The New Zealand dollar fell about half a cent to US72.5 cents after the announcement, while wholesale interest rates also edged lower, as financial markets accepted that there was little chance of a rate rise this year.