An announcement is expected soon on whether the Governor of the Reserve Bank, Graeme Wheeler, will serve a second five-year term. 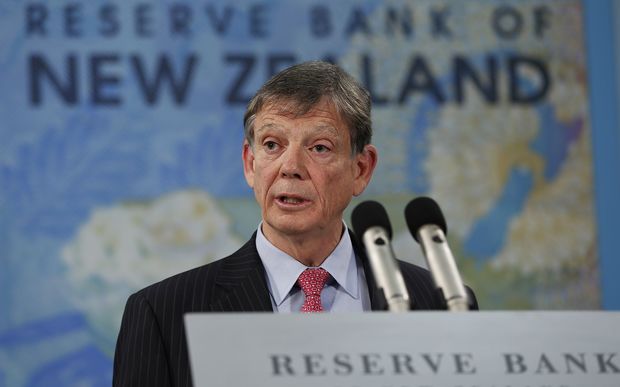 Mr Wheeler's current term ends in September, but it is usual for an announcement to be made early in the Governor's final year to give certainty, especially in an election year, and if necessary to start the search for a replacement.

Finance Minister Steven Joyce has said he expects an announcement from Mr Wheeler soon. RNZ has been told an announcement is almost certain before the Reserve Bank's first monetary statement for the year on 9 February, most likely this week.

However, there's considerable doubt whether Mr Wheeler will serve another term.

A surprise choice to replace Alan Bollard in 2012, he was an expatriate Kiwi - a respected but largely-unknown senior official at the World Bank.

He has been a low key head of the central bank, who inherited an economy emerging from recession but coping with the effects of the Christchurch earthquake.

The dairy boom was starting as global prices and demand gathered pace, while global growth and inflation were subdued, and the world was awash with cheap money from central banks trying to stimulate growth.

Mr Wheeler anticipated New Zealand would remain a standout from the global pack and that it would experience quickening inflation, which he moved to stifle with a series of pre-emptive interest rate rises through 2014.

In a series of quick fire hikes in 2014 the Official Cash Rate (OCR) moved to a high of 3.5 percent from 2.5 percent. But that prompted a strong surge in the New Zealand dollar and coincided with a weakening world economy, a rapid fall in oil and dairy prices, and significant fall in inflation.

New Zealand's comparatively high interest rates were out of step with the rest of the world and Mr Wheeler was forced into an about-face, cutting the OCR through 2015 and last year to its current record low of 1.75 percent.

The result was local interest rates fell to multi-decade lows, adding fuel to a hot housing market, lifting consumer debt levels, and that led to ad-hoc measures to try to cool demand, the loan to value ratios.

Mr Wheeler has been criticised by some finance market participants and commentators for sending mixed signals about what the bank was thinking and where it might steer policy, and the way he was tackling his number one priority of getting inflation back into the 1-3 percent target band.

Unusually, he also drew comment from then Prime Minister John Key and Finance Minister Bill English about how he was doing his job.

Inside the RBNZ, he has shaken things up with a restructuring that resulted in redundancies, but he has also engaged staff in a more collegial-style of decision making.

One complication is that Mr Wheeler, 65, would turn 70 during a second term, which under current legislation is the retirement age for a governor.

If Mr Wheeler does go, and talk from inside the RBNZ is that he will, the next governor is unlikely to come from inside, despite there being no shortage of potential internal candidates, including the current deputy governors Grant Spencer and Geoff Bascand, and the head of economics and assistant governor, John McDermott.

The past practice has been to pick an outsider, and that's likely to see the current head of the New Zealand Superannuation Fund, Adrian Orr, a former RBNZ chief economist, installed as the short money favourite.

Other potential outsiders include former RBNZ senior officials, Murray Sherwin, the current head of the Productivity Commission, and Rod Carr, Canterbury University's vice-chancellor. But the government might entertain the notion of appointing a complete outsider, in the way Britain appointed Canadian Mark Carney to head the Bank of England in 2012.