The dollar has fallen a quarter of a cent since Prime Minister John Key announced his resignation early this afternoon. 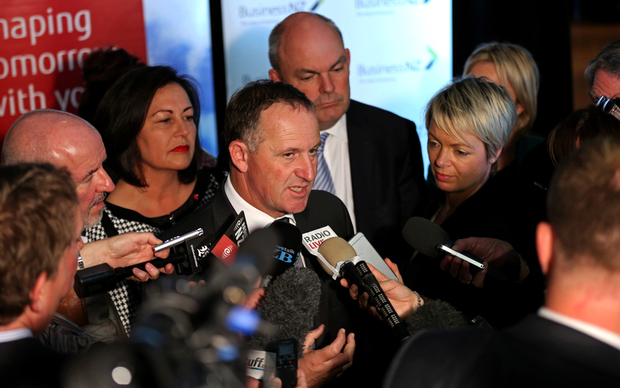 Mr Key will step down as prime minister and leader of the National Party next Monday, when a special caucus meeting will decide the new leader.

In his eight years in charge, Mr Key and his finance minister, Bill English, steered the economy through the global financial crisis and the Christchurch earthquakes, taking a "steady as she goes" approach.

He also enjoyed some luck, benefiting from China's growing appetite for dairy, which helped the economy weather the worst of the global downturn.

For that he could thank the previous Labour administration, which signed the China Free Trade Agreement and handed National a set of healthy government accounts.

Rather than radical reform, Mr Key presided over a series of micro reforms to try and boost the country's economic performance.

While he was considered a safe pair of hands, Mr Key was prepared to go against popular opinion at times, controversially selling large stakes in state-owned enterprises.

He also had a pragmatic side that saw him willing to do deals with major corporates such as New Line Cinemas and Warner Brothers to ensure the Hobbit movies were made in New Zealand, and Rio Tinto to keep the Bluff smelter open.

Business New Zealand chief executive Kirk Hope said under Mr Key the government dealt with some pretty challenging economic problems in a responsible way, but at the same time it had protected the position of vulnerable people.

"Incrementalism has been a feature of the Key government and it's served us pretty well over time."

He said the main disappointment had been the stalled reforms to the Resource Management Act.

ASB chief economist Nick Tuffley said it was possible that business confidence would dip slightly in the short term, and that the usual pre-election slowdown of business investment decisions might be larger than normal.

"Longer term, the broad economic strategy of the National Party will depend on the guidance of the new leader, though under a Bill English government the differences might not amount to much given the influence he has been having."