Business New Zealand has taken a swipe at suggestions that New Zealand should have a written constitution, saying it would upset a delicate balance of powers in New Zealand and encourage more litigation.

The push for a written constitution got a boost last month in a new book co-authored by former Prime Minister Sir Geoffrey Palmer.

It had a range of suggestions, including Republican status for New Zealand, a stronger Bill of Rights, limits on parliamentary urgency and incorporation of the Treaty of Waitangi into constitutional law.

In it, she wrote that New Zealand's constitutional arrangement was drawn from many different documents, such as the Bill of Rights Act, the current Constitution Act, the Electoral Act and the Treaty of Waitangi. 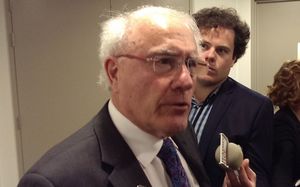 This was similar to Britain's constitutional approach and was based on the principle of balancing powers.

But that power would be disrupted by a written constitution in a single document, which would increase the power of the courts.

"A single written document would bear the burden of interpretation," Ms Burton wrote.

"If any part of the document were challenged - as constitutions invariably are - the courts would have the last word on what the document meant."

Ms Burton cited an example from the latest proposal, that said everyone had the right not to be deprived of their property 'except in pursuance of an Act of Parliament … or in pursuit of a public purpose or public interest'.

"This would be a very broad exemption, and open to argument over what the public interest might be," Ms Burton wrote.

"Businesses would find it hard to live with the uncertainty this would produce.

"Secure property rights have long been recognised as essential to a country's economic well-being. Willingness to invest, grow a business and provide employment opportunities would be undermined if, by way of an entrenched constitution, property rights could be diminished by legislative intervention and judicial interpretation."

She questioned having 'social and economic rights' written into a constitution, which she said would raise more arguments as to what those rights would be, and whether a government could even guarantee them.

"Our established constitutional arrangements may not have the tidiness of a single document, but they work," Ms Burton wrote.

"They are not subject to the kind of litigation, argument and power plays seen in countries with a single written text.

"It would be a backward step for business and society generally to upset the working balance of powers delivered by our current constitutional arrangements."