The New Zealand Superannuation Fund has made less than two percent on its investments in the year to June, reflecting the negative returns from global equities.

The fund, which is designed to help pay for national superannuation payments from 2032, grew 1.89 percent by just over $500 million to $30.1 billion in the year ended in June, with strong contributions from its investments in timber and infrastructure. 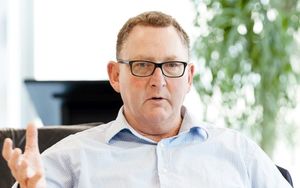 However the fund made a 3.7 percent return in July, and 1.2 percent in August.

"Overall investment returns are likely to be volatile and on a low trajectory for some time, " he said.

Since inception in 2003, the Super Fund has been one of the world's best performing sovereign wealth funds, with a 9.7 percent return as of 31 August.