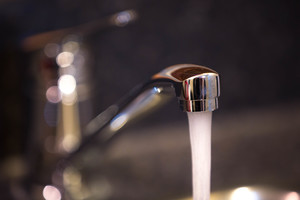 Shower and tapware maker Methven has reported a stronger full-year profit off the back of demand in New Zealand from new home builds and renovations.

Its net profit climbed to $7.7 million in the June year, 30 percent higher than the previous period.

Revenue climbed 8.1 percent to about $106m after sales rose in New Zealand and Australia.

But he said Australia and Britain missed some financial targets.

"I'm quite hard on Australia really ... the sales growth was 6.9 percent which shows that we grew market share, the profit growth was just over nine percent, but we have an ambition for Australia to deliver the same sort of percentages that we do in New Zealand, so it's clearly a target for the future," he said.

"In the UK we saw profit growth of 122 percent which is clearly very positive, but a delay in us delivering the revenue targets that we are expecting," he said.

Mr Banfield said it had grown market share in Australia, but was still a relatively unknown brand in Britain.

He said business was on track to reach its target of $130 million in revenue by 2018.

Methven will pay a final dividend of 4.5 cents per share in September.