Two of the country's biggest power companies, Meridian and Genesis Energy, have reported mixed results as they cope with flat demand, a volatile consumer market and soft prices. 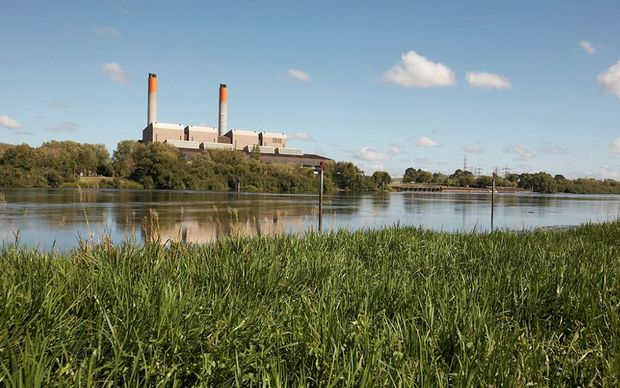 Genesis, the country's biggest energy retailer, has reported a 76 percent rise in its full-year profit to $184 million in the year ended June, but only because of an increase in the value of its gas reserves and power stations.

But its revenue fell 4 percent to just over $2 billion because of lower electricity and gas sales, and its operating earnings - which strip out the changes in asset values - fell 3 percent.

The company had 640,000 electricity and gas customers, and said it was performing well despite tough competition, lower oil and gas prices, along with warmer weather.

"With the back drop of warm autumns, wet South Island catchments and low international oil prices, our attention is firmly fixed on operating efficiently and growing new sources of revenue that are not weather or external-market dependent," said chief executive Marc England.

Genesis has hydro, wind and the coal and gas-powered Huntly stations. 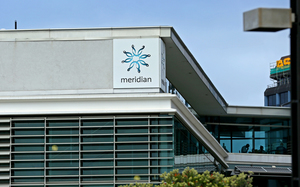 Meridian produces about a third of the country's electricity. Photo: RNZ / Alexander Robertson

Meanwhile, Meridian Energy has reported a smaller full-year profit, because of falls in the value of hedging contracts it uses to protect against volatility in wholesale power prices.

The company's net profit for the year ended June was $185m, down 25 percent on the previous year.

However, stripping out the one-off items, Meridian's profit was up 11 percent to $233m as it held onto retail customers and sold more power at higher prices in New Zealand and Australia.

Meridian produced about a third of the country's electricity from a network of hydro stations and windfarms.

Both companies, which were part privatised by the government in 2013/14, reported the retail market as being extremely competitive with high rates of churn - consumers switching between suppliers chasing lower prices.

Meridian rewarded its shareholders with a special dividend of 2.4 cents a share.

And the country's biggest energy distributor, Vector, has had a major profit lift from a gain on an asset sale.

The Auckland-based company - which has power lines, gas pipes and electricity meters - reported a net profit of $274m compared with $149m last year, but it included the gain on the sale of gas pipelines during the year.

Vector's underlying earnings were up close to 5 percent as it earned more from its metering business and kept the lid on its costs. But it also reported it is seeing a fall off in its gas revenue as the output from the Kapuni gas field falls.

The company was also setting up a network of charging stations for electric vehicles.