Telecommunications company Spark has reported a flat full year profit with stronger mobile phone, IT and internet revenues offsetting a fall in fixed landline and a higher tax bill. 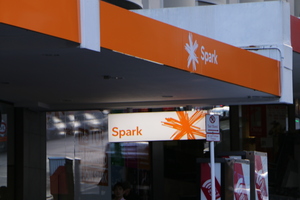 The company's net profit for the year ended June was $370 million compared with last year's $375m.

Spark's revenue of $3.5 billion was marginally also lower, but the earnings from mobile phone and broadband users were higher, and it earned more from providing IT services for companies.

"Notably, the growing areas of our business, such as mobile and platform IT services, now outweigh the declining areas such as traditional fixed line voice and legacy data services, signalling a successful repositioning and a notable turning point," said chairman Mark Verbiest.

Spark expects a slight growth in earnings at best in the coming year, but plans to maintain its dividend payout level.

It also plans to expand in what it says is a rapidly changing media market, where profit margins are being squeezed and smaller players are being snapped up.

Earlier this week Spark said the proposed merger between its main rival Vodafone and Sky Television should be rejected because of the market power they would have, particualrly in the rights to broadcast sports events.