One of New Zealand energy's big four, Mercury, thinks it is unlikely to have to build any new power stations for several years. 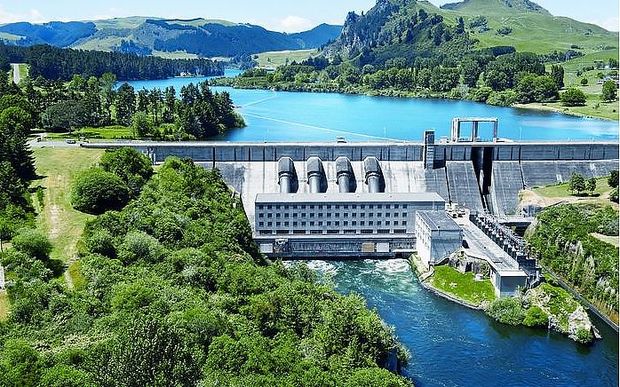 Instead it is increasing output from its existing electricity generating systems.

The comments match others who have said for several years that New Zealand has enough electricity to make any new power stations economically risky.

Mercury is the new name for Mighty River Power, which operates geothermal plants and dams on the Waikato River.

It has adopted the name of its retail arm and ditched Mighty River Power, which was deemed too multi-syllabic and had insufficient marketing zing.

But the company still has to make its way in the world, no matter what its name, and one of its most important needs is to plan for the coming years.

Its chief executive Fraser Whineray said that meant not building new power stations in the near future.

"We signalled a couple of years ago that we would not be building power stations for three to five years and our view hasn't changed on that," he said.

Instead, Mercury is working on a quieter way of increasing its supply of electricity than building entirely new power plants.

It is doing this by raising the productivity of power plants that already exist.

"One of our geothermal power stations, Kawerau, was originally built for 90 megawatts and at full capacity would now produce 103 to 104," Mr Whineray said.

"That is north of a 10 percent increase."

He said similar work was being done on the company's hydro power stations, which would increase capacity at Whakamaru hydro dam from 100 megawatts to 120 megawatts.

This was being achieved by converting more raw energy into electricity and wasting less on driving the generating process itself.

"So with hydro, you can change the shape of the turbine blades that the water moves through, so it converts more of its energy into pushing the turbine instead of friction.

"That can pick it up from capturing 87 or 88 percent to 94 or 95 percent of the energy that is sitting above the dam and being released through gravity."

Mr Whineray's comments come against a background of uncertainty over the future of Southland's aluminium smelter.

The Tiwai Point plant has a contract to buy electricity until 2030 but has the right to terminate that in 2018, after giving one year's notice next year.

It has long complained that the costs it pays for electricity are too high and the price it gets for its aluminium is too low.

If it closes, 572 megawatts of power would switch from the smelter to the New Zealand market, swamping supply and depressing prices, so that any new plants might find it hard to sell their power at a profit.

The decision to keep Huntly's coal and gas fired power plants open on an interim basis was made as the least costly solution to this problem.

It would make electricity available in an emergency without committing to whole new power plants which could be stranded without viable customers if power from a shut down Tiwai Point flooded the market.

The long term future of Tiwai Point is unclear but a decision late yesterday to maintain the volume of electricity it buys at current levels - not reduce them as it had the right to do - indicates the odds have risen slightly that the Tiwai Point staff will carry on.