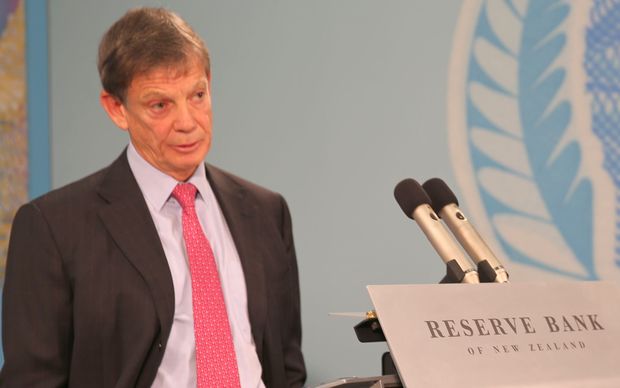 Reserve Bank Governor Graeme Wheeler said the financial system was resilient and continued to function effectively, but risks to the financial stability outlook had increased further in the past six months.

Growth was slowing in a number of trading partner economies.

"Imbalances in the housing market are increasing with house price inflation lifting again in Auckland, after cooling in late 2015 and early 2016 following new restrictions in investor loan-to-value ratios and government measures introduced in October.

Prices had also started increasing strongly in a a number of regions, though outside Auckland prices were generally lower relative to incomes.

"The Bank remains concerned that a future sharp slowdown could challenge financial stability given the large exposure of the banking system to the Auckland housing market.

"This includes measures such as decreasing impediments to densification and greenfield development and addressing infrastructure and other constraints to increased housing supply."

But for now, the governor has refrained from taking further steps to rein in housing demand.

Analysts think a resugent Auckland will eventually force Mr Wheeler's hand, with investors likely to be the main target once again.

"It does look likely the Reserve Bank will end up moving to tighten up its Auckland investor restrictions," said ASB Bank chief economist Nick Tuffley.

Some analysts speculate it could spell the end of more interest rate cuts to ensure the housing market is not further inflamed.

The six-monthly review assesses the health of the banks and other deposit-taking institutions, the insurance sector and the payments system in New Zealand, and highlights potential risk areas.