The number of women on company boards has edged up slightly, according to new figures from the Stock Exchange. 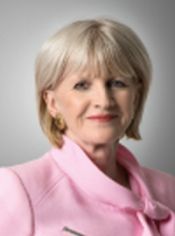 Women now make up 14 percent of company directors - up from 12 percent at the same time a year ago.

A member of the Global Women group, Joan Withers, who chairs the Mighty River Power Board and TVNZ, said the increase was encouraging but not fast enough.

She said the government had been leading the way by encouraging diversity on the boards of state-owned companies.

"(The) private sector is now getting strongly in behind particularly listed companies, but those who don't have women and who are not looking at diversity in the wider sense are really going to pay the price in terms of their business performance, ultimately."

Ms Withers said she was heartened by the number of intiatives to encourage more women onto boards, including leadership development programmes run by Global Women, the New Zealand Shareholders Association and the Institute of Directors.