Employees have started the year with a spring in their step.

The Westpac McDermott Miller Employment Confidence Index rose more than 3 points to nearly 104.8 in the March quarter. A reading over 100 indicates more optimists than pessimists.

Westpac senior economist Anne Boniface said it was another solid result with employees basking in the glow of current labour market conditions. 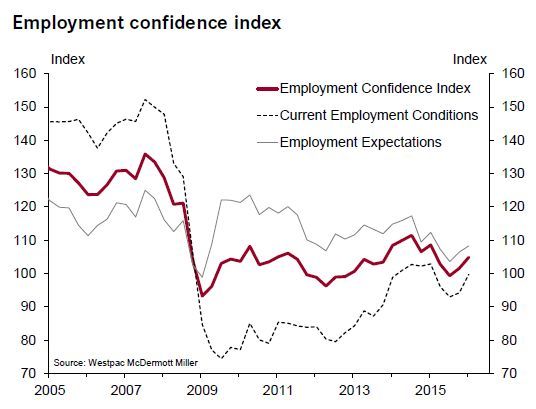 Workers were also optimistic about employment prospects in the year ahead, Ms Boniface said, but warned a slowing economy could affect confidence in the second half.

She said employees in urban areas were more upbeat than their rural counterparts, who are dealing with the dairy downturn.

In a regional look, Gisborne and Hawke's Bay were showing strong signs of a lift in current and future job prospects, off the back of improving house prices, strong viticulture and horticulture sectors and signs of a pickup in tourism activity.