From your Uber ride to work this morning, the designer dress you rented online last week, or the AirBnB you stayed in on your weekend away; a new way of doing business is on the rise in New Zealand - one that could be worth millions to our economy. 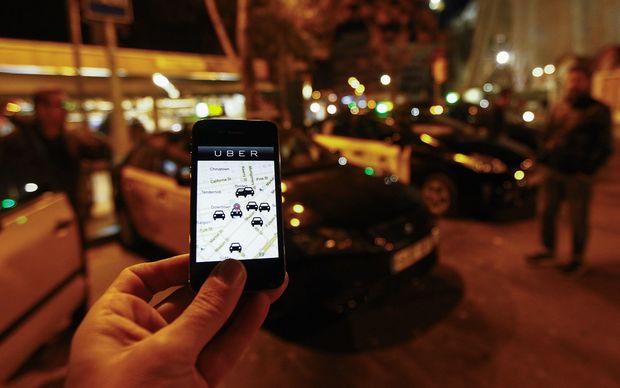 Described as the sharing economy, the model centres on the ability to connect people directly, allowing them to rent or sell goods or services, and monetise assets that weren't previously being used.

While not a new concept - people have been trading in goods and services directly for eons - new technology and apps mean people can now connect far easier than ever before, often cutting out the 'middle-man'.

Given that the industry is estimated to be worth $US26 billion in America, it's likely worth millions to New Zealand, says Massey University's professor of innovation and entrepreneurship Lorraine Warren.

Now was the prime time for New Zealand to make the most of the sharing economy, Professor Warren said.

"New Zealand is behind the world in some ways, but is in a prime position to learn from similar systems overseas.

"Just the right time really, to say 'let's look at what's going on out there in the world, and let's see how we can make some of those exciting business models work for New Zealand'."

There were three key ways people could get in on the action: on a personal level - such as with Air BnB or Uber, on a community or regional level - sharing larger items such as tools or bikes, or at a national or international level, such as a TradeMe scale operation.

Each market is different

But, she cautioned it was important to evaluate what was right for New Zealand.

That's something the 'grand-daddy' of New Zealand's sharing economy, TradeMe, knows all too well.

Chief product officer Trent Mankelow said when eBay tried to break into the market with their pricing set in US dollars, it made their skin crawl.

There were a lot of interesting things happening in New Zealand with the sharing economy, and it was a great way of reducing waste, Mr Mankelow said.

"I mean it does seem wasteful right? When you've got a carpark that's not being used, or a lawnmower or a vehicle, there's just so much wastage that's out there."

"I'm not sure that we've ever done a calculation but it'd be really interesting to know how much we've (TradeMe) kept out of landfill… because people have the ability to sell unwanted things."

Professor Warren said while the notion of sharing assets had always been there, the availability of technology had allowed people to see what was available and carry out transactions more easily.

"For some people, maybe making 20 or 50 bucks here and there. But it's monetising an asset that wasn't being used in that way before.

"And that might be something that enables that person to be a little bit better off - take something to the next level without the bigger investment of starting a business."

Steve Holt is among those cashing in on the sharing success.

Mr Holt began driving for Uber around six months ago, after previously working for a company that provided transport for people with disabilities.

He was looking for a change when he made the switch to Uber, and now loves the work.

Mr Holt usually drives for around 50 hours a week, making on average $1400.

The sharing economy was great for a country where tourism was a big earner, he said.

"People can book their accommodation online, sort a car to take them from the airport. Basically a full package. Book the travel and have a good estimate of how much their trip is going to cost."

There was some tension between Uber drivers and taxi drivers, he said. 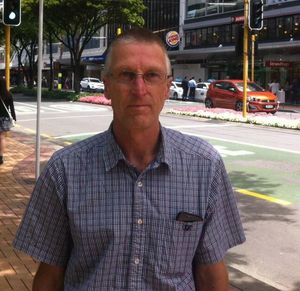 He sympathised with taxi drivers who had bought into franchises and had to pay the associated fees, but said young people looking for a ride wanted facts and figures.

"With Uber, the passenger requests a trip and the driver can decide if they want that or not, at that rate."

The government is currently seeking feedback on a consultation document,that would see Uber drivers and taxis under the same set of rules.

Submissions on the consultation paper close on 12 February.

Mr Holt said while he waits for the legislation to be finalised he can't claim GST, but business is still worth it - he made $600 in one day in the busy period before Christmas.

Focusing on the big picture

Professor Lorraine said while innovation could be disruptive, it could also drive regulatory change - benefiting everyone.

"New Zealand has good regulatory institutions… but I think there is also the potential for people to respond effectively where regulatory change might be required.

"I think we have an open enough society where we can look at the benefits but say yes, let's realise those benefits in a safe environment and tweak the regulatory environment a little bit if we need to."

It's that innovation that's kept TradeMe on its toes, Trent Mankelow said.

"Cool to see those kinda small kiwi companies having that entrepreneurial flair and using the tsunami of the sharing economy, riding that wave.

"We have a very healthy respect for those, kind of, garage based entrepreneurs."

Professor Warren said the sharing economy wasn't just about 'things' but about services too.

"There are various social enterprise models that you can think about around elder care or child care, or those kind of areas.

"Of course one has to be particularly careful there, as you do in any enterprise, that you take account of health and safety regulations and the regulatory climate for whatever it is you're doing.

"I'm not suggesting people jump in with both feet, obviously, as some of these areas are quite sensitive but there are places where people can just share their expertise."

The sharing economy had huge potential in New Zealand, with Kiwis very keen to share and recognise the value of people-to-people, she said.