House sales in Auckland fell sharply in November as the average price shot up to its highest monthly increase in almost two years, according to real estate firm Barfoot and Thompson.

While new house building is pressing ahead, there is further evidence the sale of existing houses is flattening out.

Barfoot and Thompson said house prices were defying tighter regulations that were supposed to be cooling them.

The firm's average Auckland sale price jumped by 4.2 percent to $876,000 in November, the biggest monthly rise in the average house price in 20 months.

But it said there had been a substantial drop in the number of sales and listings, indicating waning demand. Sales and listings were down nearly 7.7 percent to their lowest level since February, and new listings also fell.

Barfoot and Thompson director Kiri Barfoot said there was a measurable drop in activity.

"It remains to be seen if prices continue to ignore the tighter regulations, or whether November's prices are the last remnants of momentum that built in the lead-up to the introduction of the tighter measures," she said. 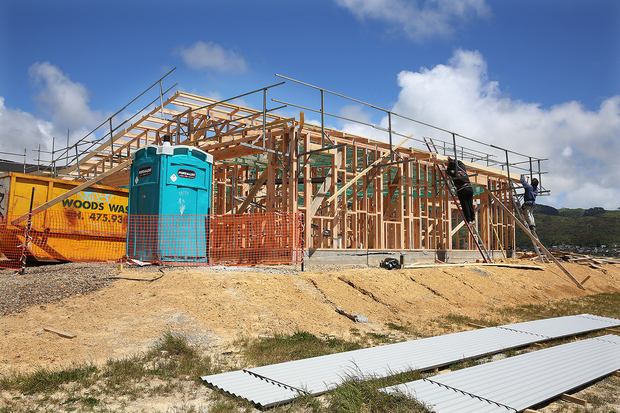 Figures from Statistics New Zealand, meanwhile, showed the value of building work across the country increased by 5 percent to $4.2 billion in the three months to the end of September, compared with the same period last year.

House building in Auckland hit a record quarterly high of $943 million due to demand, offsetting flat activity in Canterbury as rebuilding work there eased.

When price changes and seasonal variations were removed, the volume of building activity increased 0.5 percent, with more residential work offsetting a decline in commercial and industrial construction such as factories and offices.

Auckland had a record $943 million worth of residential building during the three months, up nearly 13 percent on a year ago, and there was also strong activity in Waikato.