Consumers will not be left short of power when outdated and expensive coal and gas fired plants are shut down, the energy industry watchdog says. 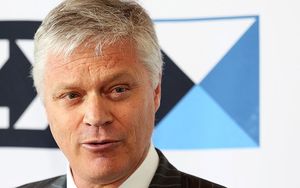 Meridian Energy chief executive Mark Binns has warned the country's energy supply will be at risk in dry years when Contact and Genesis shut down old stations which have generated 1100 megawatts of power.

Mr Binns said an an integrated industry approach was needed to ensure the country had sufficient generating capacity to cope with dry periods.

Contact and Genesis were to to shut down about 1100 megawatts of thermal power over the next three years. Mr Binns said he had talked to Genesis about retaining coal-burning generating units at Huntly power station which were due to close by 2018 but it was not inclined to do so.

He said said a gas-fired station for times of greatest demand was a better replacement for the Huntly generators than another windfarm or geothermal plant.

But he said the power industry as a whole had to find a solution.

"We have spoken to others who have the capability to build a gas peaking plant because we need to solve this situation, the market needs to solve it. It is probably the biggest issue for the industry as a whole right now."

But Electricity Authority's chief executive Carl Hansen, said the industry would work it out, as it did during a significantly dry period in 2011.

"What we're seeing from the industry themselves, in the way they're pricing the contracts for 2019, they're essentially saying this will be sorted by the industry."

"Consumers can be assured there's nothing to be concerned about, it's just the industry debating through how they should meet the circumstances as they come up to it."