The chairwoman of Genesis Energy insists her company is a commercial one, not a public-interest one.

Dame Jenny Shipley told shareholders at today's annual general meeting that Genesis was not in the business of covering other people's backsides, as she put it.

Her comments concern the supply of electricity for all New Zealanders after 2018.

That is the date when Genesis will stop burning coal at its Huntly Power Station, terminating a useful energy backstop for New Zealand.

The company announced the Huntly closure in August, citing economic problems connected with under-utilisation of its boilers.

The Huntly plants burnt a lot of coal during last summer's drought and helped ensure New Zealand had enough electricity for the just-finished winter.

But the company's chief executive, Albert Brantley, told the meeting New Zealand's overall energy security was not the concern of commercial companies like his.

He said the proper authority for this lay with public organisations such as TransPower and the Electricity Authority. 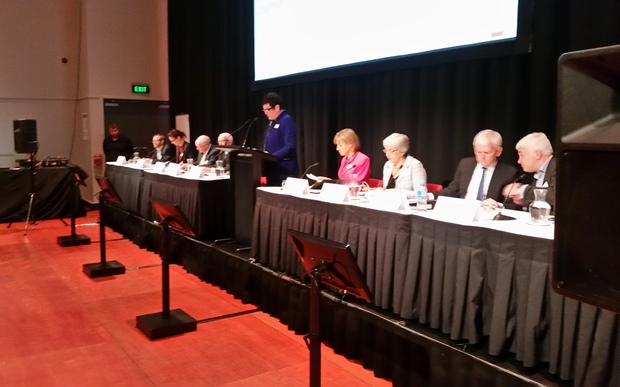 Jenny Shipley (centre) with the rest of the board during today's annual general meeting. Photo: RNZ / Eric Frykberg

Dame Jenny agreed that the Huntly boilers needed to have commercial value to run.

"What Genesis Energy has said very clearly is that unless the market puts a proper value on these assets, we do not require them and we are not intending to continue.

"If, however, the market were to form a view and put a proper commercial price that led us to change our view, that would be another matter.

"We are not in a position to cover other people's backsides if they have not properly priced our units in relation to their proper performance in the market." 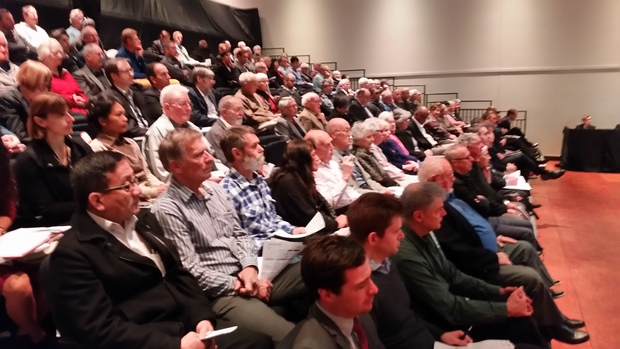 But other industry participants refused to agree to such payments and, in the end, Genesis decided to shut down the boilers.

Meanwhile, the market has already started to respond to electricity demand in a post-Huntly world.

"We have contracts trading out to 2019 now, and the price of those contracts show the market is not expecting there to be any security of supply problems."

So far, prices for 2019 futures are only about $10 a megawatt hour more than 2018 futures, which is within common spreads.

Despite that, the demise of Huntly has brought forward forecasts on when New Zealand's next power station will be built, with Meridian Energy picking 2019 as the likely date.

But Mr Hansen said electricity from 2019 could either come from new power plants or from better management of customer demand.