A company directed by controversial businessman Luigi Wewege has won a battle against the Financial Markets Authority (FMA). 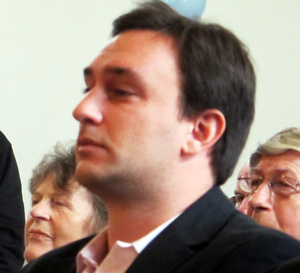 Mr Wewege was involved in the revelation of an affair by Auckland mayor Len Brown.

The Companies Office lists Mr Wewege as a director of boutique financial services company Vivier & Co, and says he lives in the United States.

In June this year, the FMA struck Vivier off its list of approved providers of financial services.

It did so after receiving a news article questioning Vivier's practices in Ireland and saying it provided no services in New Zealand.

Vivier sought to overturn its deregistration in the High Court and won.

The court found the authority failed to provide the company with critical information, including the news article.

It said it breached Vivier's rights to natural justice by making it hard for the company to defend itself.

"As a result of the authority's failure to disclose the article and [an earlier] complaint, Vivier was unable to directly confront the allegation that it was engaged in money laundering in Ireland," Justice Brewer said in his ruling.

"I conclude that the authority failed to provide Vivier with relevant information. This breached Vivier's natural justice rights and resulted in the authority committing an error of law."

The court awarded costs to Vivier and ordered the FMA to reconsider the case.