Nine of 11 companies that have used Snowball Effect's crowdfunding platform in its first year reached their funding targets, the company says. 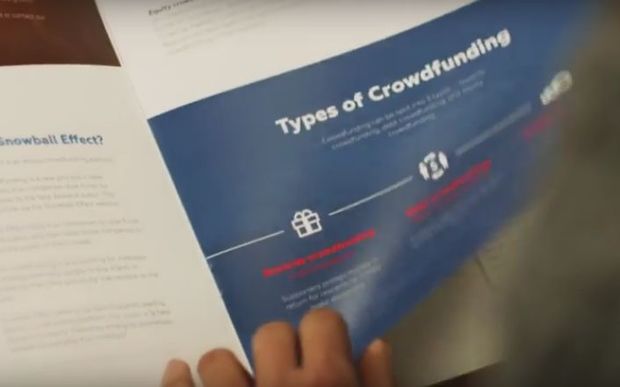 Co-founder Josh Daniell said the company had fielded more than 800 applications over the past year from companies wanting to raise funds, and 11 had launched a campaign on its platform.

Mr Daniell said Snowball worked with successful applicants to help them prepare for a campaign, which is an important element for success.

"The best thing that a company can do is prepare very well and test the market before leaping out there," he said, adding that Snowball recommended start-up companies used an independent panel of experts to suggest a valuation.

"It's what we call a minimarket, which is a bunch of people, whose views we respect in terms of valuing early stage companies, so [the companies] can get anonymous feedback and take that onboard before pushing their offer wider."

Mr Daniell said poor preparation would increase the risk of a failed campaign.

"The success rate would depend almost totally on the vetting procedures that each platform has in place," he said.

"So my advice would be to pick the platform very carefully. The success rate in markets like the UK are down around 25 percent. And that is because they don't have a service element alongside the website they are providing, and they don't help the companies with the preparation so much."

He said if a company failed to reach its campaign target, all the pledged funds went back to investors.

Fresh food company Mad Group is one of the two companies that failed to meet its target, but it persevered and managed to turn a miss into a win.

Mad Group raised only two-thirds of the $750,000 of equity it had been hoping for in order to expand its Habitual Fix and Mad Mex branded stores in New Zealand and overseas.

But, managing director James Tucker said the company, with a bit of negotiation and ingenuity, was able to turn the situation around and raise the money it needed for expansion.

"We were disappointed that we didn't quite get to the $750,000 goal, but we did raise $500,000 and so what we did is we went back to our bankers," he said. This resulted in developing a mix of debt and equity funding to go forward with its expansion plans.

"We still got to where we needed to get to, albeit with a slightly different path."

As well, he said the process took much longer than the company originally planned for.

"You need to start the process early. By the time you've gone through and met with potential advisory board members, appointed them and gone through all of that process, it does take a lot more time than expected."

Mr Tucker said the lessons learned had been worth the effort.

He said Mad Group is on track to open three Mad Mex stores before Christmas and another two before Easter, which will increase its revenue to between $10 million and $12 million a year.