APN plans to begin registration of visitors to its New Zealand Herald website before the end of the year, as the company's profits fall. 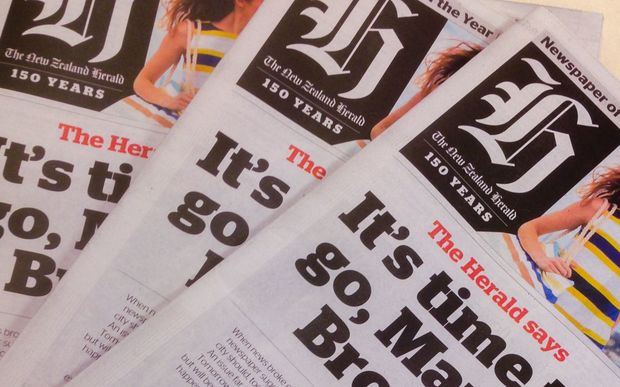 The Australian-based APN News and Media - parent company of NZME which owns the Herald - has indicated it wants to charge customers for online content.

The company made a smaller profit of $A7.5 million in the six months to the end of June, compared with the previous year, which reflects $17.7 million of one-time costs from discontinued operations, finance expenses and redundancies.

The company expects to see more revenue from a New Zealand initiative, which will see its NZME business collaborating with Fairfax Media on newspaper distribution in the North Island.

APN said its Adshel business will officially launch a sales automation product for advertisers across its Sydney Trains network digital screens, which will also be rolled out across 1000 New Zealand sites, from next year.