An expert in intellectual property law says New Zealand's creative industries are potentially losing billions of dollars a year because the laws are not tight enough. 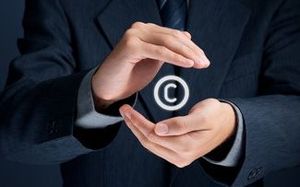 Dr George Barker is the director of the Centre for Law and Economics at the Australian National University.

He said sales of creative output had fallen in real terms by about 70 percent, globally.

Dr Barker said that figure would be much higher if laws had been created that better protected property rights, and forced people to buy goods rather than take them for free.

"It could be around $10 billion, but it would probably be higher."

He said it mattered, not just to the creative industries, but also other sectors like dairy.

Dr Barker said one way to tighten up intellectual property law would be to extend the copyright time period of 50 years.

"Why not have copyright law like property law - ie it lasts forever?"

He said that would in turn increase the investment in industries like music.

"Songs like those of Split Enz, coming up in eight to nine years, they'll fall out of copyright protection. The money that could be made out of New Zealand material can be reinvested in new artists."

Dr Barker was also critical of the exceptions that have crept in.

"It has become like Swiss cheese where someone can turn up and say I'm doing research and therefore I don't have to pay you copyright. It makes it impossible to secure investment in creative goods."